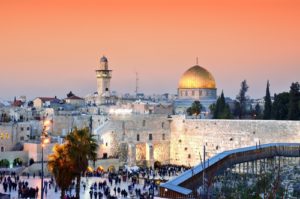 (Reuters) – European private equity house Apax is nearing the target on its $300 million Israeli mid-market fund and is expected hold a so-called “first close” next week, allowing it to start investing, a source familiar with the matter said.

[contextly_sidebar id=”EpEtZbzs7fKSn25Mytu2a3PpButP0UKj”]London-based Apax has historically had a strong presence in Israel, investing 972 million euros ($1.2 billion) since 2005. Reuters reported in March it was planning to launch the fund, which will be the only country-specific fund in Israel to be advised by a large global private equity house.

Private equity firms usually hold a first close during fundraising, which means they ask clients to release money they have promised so they can start investing while still looking to increase the size of the fund for the final close.

The AMI fund is expected to be at around $250 million at the first close, the source said.

AMI’s General Partner Group and Apax Partners will commit $40 million to the fund as a sign of confidence, the source said. The rest is being raised from both national and international investors.

The private equity market in Israel is small, and Apax will be targeting an average equity investment of $20-50 million per deal. By comparison, Apax this month launched a 7.075 billion-euro bid with Bain Capital for the Portuguese operating business of Portugal Telecom.

Buyouts in Israel hit $558.5 million last year, according to Thomson Reuters data, with the country’s flourishing technology sector accounting for over 70 percent of that figure.

The AMI fund will be led by Zehavit Cohen, head of Apax Israel, who led the group’s investments in food company Tnuva and investment firm Psagot, the source added.

“It is a very local market,” an industry banker said. “(But) Apax have been there a very long time and they actually have a very good track record. They’re in a fairly unique position.”