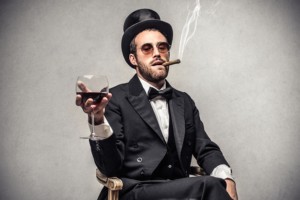 Apollo Global Management has raised about $1.5 billion for its Credit Opportunity Fund III, which is targeting $2.5 billion for investments primarily in U.S. and European credit.

About $400 million of that $1.5 billion was raised during the second quarter, Josh Harris, Apollo co-founder, said during the firm’s second quarter earnings call earlier this month. The fund had invested at least $410 million as of March 28, and had realized one investment as of April 17, according to a fund documents from the San Diego County Employees Retirement Association.

Additional “near term” commitments will bring the fund to $2.5 billion, Harris said on the earnings call. Apollo declined to comment further.

Several hundred million dollars of commitments came from high net worth distribution platforms of two global banks, Harris said, although he did not name the banks. However, a filing with the U.S. Securities and Exchange Commission in July shows that Morgan Stanley Smith Barney and Deutsche Bank Securities are both receiving sales compensation as part of the fundraising. Chilean high net worth and institutional investor advisory group Picton is also listed on the filing as receiving sales compensation.

Fund III has been in the market since at least December 2012, when its target was listed as $750 million, according to filings with SEC. Subsequent filings show the target gradually increasing: A December filing lists a target of $1.25 billion, with just more than $1 billion raised. Another filing in June has the target at $2.5 billion, with more than $1.4 billion raised.

Fund III is targeting returns of more than 15 percent. The combined track records of the two prior Credit Opportunity funds as of April was 21.9 percent net internal rate of return and a gross multiple of 2.6x, according to the documents.

Apollo’s first Credit Opportunity Fund began investing in April 2008 with about $1.5 billion of commitments, primarily from one strategic investor, according to a regulatory filing.

Fund II began investing in June 2008 with about $1.6 billion of capital, according to the filing. Apollo kicked in a GP commitment of 2 percent of aggregate capital commitments to Fund I and 1.5 percent to the second fund, the filing said.