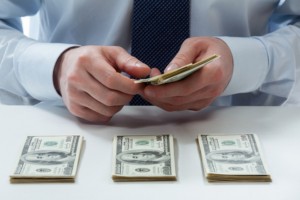 Regulatory filings with the U.S. Securities and Exchange Commission (SEC) show Rowan sold 2.9 million shares, equivalent to a 0.8 percent stake in Apollo, between May 12 and May 22. As a result, his stake dropped from 13.7 percent to 12.9 percent.

The stock sale comes as Apollo shares are down close to 30 percent from a record high reached in January amid speculation from some investors that the firm’s dividend-boosting asset sales seen recently may not be easily replicated to the same extent soon.

Rowan’s transactions were carried out under a prearranged plan for company insiders selling shares that has been adopted by the SEC. This plan does not allow his estate planning vehicle to determine the timing of the stock sales based on material information that has not been publicly disclosed.

Cashing out, even in part, can be a sensitive issue among some private equity investors, who pay attention to how much fund managers earn and how they are remunerated because their interests are best aligned when both sides make a lot of money when deals work out. Part of how much fund managers make and their long-term commitment to the firm hinge on their ownership.

Apollo went public in March 2011, following stock market flotations by peers Blackstone Group LP and KKR & Co LP. Although its founders face restrictions on when they can sell shares, the initial public offering has made it easier for them to cash out should they wish to do so.

Rowan, 52, and Apollo senior managing director Josh Harris, 49, another co-founder, sold all the shares they were allowed to divest in 2013. Harris has yet to sell any of the shares he is allowed to divest this year while Rowan has now used 65 percent of his 2014 allowance.

Apollo’s chief executive Leon Black, 62, has yet to sell any of his shares.

Rowan and Harris took home $217.2 million apiece in 2013 dividends from Apollo. They each have a net worth of $2.5 billion, while Black has a net worth of $5.1 billion, according to Forbes.