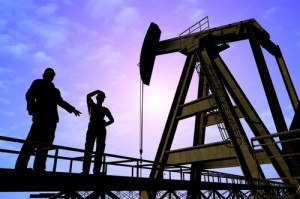 Calgary-based oil and gas producer Boulder Energy Ltd (TSX: BXO) has agreed to be taken private by Canadian private equity firm ARC Financial. ARC has offered $2.59 in cash for each of Boulder’s issued and outstanding common shares, which implies a total value of about $268 million, including the company’s net debt of about $143 million. Boulder’s board of directors is recommending the transaction to shareholders and is expecting it will be completed on or about April 15th. Founded in May 2015, Boulder is primarily focused on operations at its multi-zone Belly River pool at Brazeau in the Alberta Deep Basin. ARC is investing in the company via ARC Energy Fund 8, which raised $1.5 billion last June.

CALGARY, ALBERTA–(Marketwired – Feb. 24, 2016) – BOULDER ENERGY LTD. (“Boulder” or the “Company”) (TSX:BXO)(OTCQX:BLLDF) is pleased to announce that it has entered into a definitive arrangement agreement (the “Arrangement Agreement”), pursuant to which a newly formed portfolio company (“ARC AcquisitionCo”) of ARC Energy Fund 8 will acquire all of the issued and outstanding common shares of Boulder (“Boulder Shares”) for cash consideration of $2.59 per share (the “Transaction”). ARC Energy Fund 8 is a private equity fund raised and advised by ARC Financial Corp. (“ARC”).

The Transaction offers Boulder shareholders full liquidity at a substantial premium to current and recent trading prices. The cash consideration of $2.59 per share represents a 70% premium to the closing price for the Boulder Shares on February 24, 2016 and a 96% premium to the volume-weighted average trading price over the last 30 days on the Toronto Stock Exchange. The Transaction implies a value of approximately $268 million for Boulder after taking into account the assumption of Boulder’s net debt of approximately $143 million and estimated transaction costs. The Company’s estimated average production for January 2016 was approximately 5,600 boe/d.

Cormark Securities Inc., the financial advisor to the Special Committee, has provided its verbal opinion that, subject to the review of the final form of the documents effecting the Transaction, the consideration to be received by holders of Boulder Shares (the “Shareholders”) pursuant to the Transaction is fair, from a financial point of view, to such holders (the “Fairness Opinion”).

All of the members of the Board and officers of Boulder and a large shareholder, who collectively own approximately 24.8% of the outstanding Boulder Shares, have entered into voting support agreements pursuant to which they have agreed to vote their Boulder Shares in favour of the Transaction, subject to the provisions thereof, at the Special Meeting.

Following closing of the Transaction, the Boulder Shares will be de-listed from the TSX.

A copy of the Arrangement Agreement will be filed on Boulder’s SEDAR profile and will be available for viewing at www.sedar.com.

About ARC Financial Corp.
ARC Financial Corp. is a Calgary-based, employee-owned, private equity management firm founded in 1989, with an exclusive focus on the Canadian energy industry. ARC is Canada’s largest energy focused private equity manager with C$5.3 billion of capital across the eight ARC Energy Funds. ARC’s most recent fund, ARC Energy Fund 8, is a fund with over C$1.5 billion of committed capital that started investing in 2015.

Reader Advisory
Forward-Looking Statements. This press release contains forward-looking statements within the meaning of Canadian securities laws. These forward-looking statements contain statements of intent, belief or current expectations of Boulder. Forward-looking information is often, but not always identified by the use of words such as “anticipate”, “believe”, “expect”, “plan”, “intend”, “forecast”, “target”, “project”, “may”, “will”, “should”, “could”, “estimate”, “predict” or similar words suggesting future outcomes or language suggesting an outlook.

The forward-looking statements included in this press release, including statements regarding the Transaction, the receipt of necessary approvals, the shareholder vote, and the anticipated timing for mailing the information circular, holding the Special Meeting of Shareholders of Boulder and completing the Transaction, are not guarantees of future results and involve risks and uncertainties that may cause actual results to differ materially from the potential results discussed in the forward-looking statements. In respect of the forward-looking statements and information concerning the completion of the Transaction and the anticipated timing for completion of the Transaction, Boulder has provided such in reliance on certain assumptions that it believes are reasonable at this time, including assumptions as to the time required to prepare and mail Special Meeting materials, the ability of the parties to receive, in a timely manner and on satisfactory terms, the necessary regulatory, court, shareholder, TSX and other third party approvals and the ability of the parties to satisfy, in a timely manner, the other conditions to the closing of the Transaction. These dates may change for a number of reasons, including unforeseen delays in preparing meeting material; inability to secure necessary shareholder, regulatory, court or other third party approvals in the time assumed or the need for additional time to satisfy the other conditions to the completion of the Transaction. Accordingly, readers should not place undue reliance on the forward-looking statements and information contained in this news release concerning these times.

Risks and uncertainties that may cause such differences include but are not limited to: the risk that the Transaction may not be completed on a timely basis, if at all; the conditions to the consummation of the Transaction may not be satisfied; the risk that the Transaction may involve unexpected costs, liabilities or delays; the risk that, prior to the completion of the Transaction, Boulder’s business may experience significant disruptions, including loss of customers or employees, due to transaction-related uncertainty or other factors; the possibility that legal proceedings may be instituted against Boulder and/or others relating to the Transaction and the outcome of such proceedings; the possible occurrence of an event, change or other circumstance that could result in termination of the Transaction; risks regarding the failure of ARC AcquisitionCo to obtain the necessary financing to complete the Transaction; risks related to the diversion of management’s attention from Boulder’s ongoing business operations; risks relating to the failure to obtain necessary shareholder and court approval; risks related to obtaining the requisite consents to the Transaction; other risks inherent in the oil and gas industry. Failure to obtain the requisite approvals, or the failure of the parties to otherwise satisfy the conditions to or complete the Transaction, may result in the Transaction not being completed on the proposed terms, or at all. In addition, if the Transaction is not completed, and Boulder continues as an independent entity, the announcement of the Transaction and the dedication of substantial resources of Boulder to the completion of the Transaction could have a material adverse impact on Boulder’s share price, its current business relationships (including with future and prospective employees, customers, distributors, suppliers and partners) and on the current and future operations, financial condition and prospects of Boulder. When relying on forward-looking statements to make decisions, investors and others should carefully consider the foregoing factors and other uncertainties and potential events. Readers are cautioned that the foregoing list of factors is not exhaustive. Additional information on these and other factors that could affect Boulder’s operations or financial results are included in reports on file with applicable securities regulatory authorities and may be accessed through the SEDAR website (www.sedar.com).

The forward-looking statements in this press release are made as of the date it was issued and Boulder does not undertake any obligation to update publicly or to revise any of the included forward-looking statements, whether as a result of new information, future events or otherwise, except as required by applicable law. By their very nature, forward-looking statements involve inherent risks and uncertainties, both general and specific, and risks that outcomes implied by forward-looking statements will not be achieved. Boulder cautions readers not to place undue reliance on these statements.
BOE Presentation. References herein to “boe” mean barrels of oil equivalent derived by converting gas to oil in the ratio of six thousand cubic feet (Mcf) of gas to one barrel (bbl) of oil. Boe may be misleading, particularly if used in isolation. A boe conversion ratio of 6 Mcf: 1 bbl is based on an energy conversion method primarily applicable at the burner tip and does not represent a value equivalency at the wellhead.