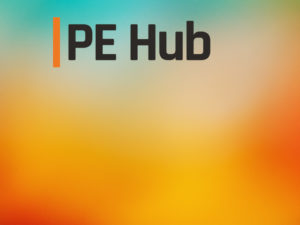 Ardian has acquired Jakala, a marketing technology company. No financial terms were disclosed.

Milan, 22 February 2021 – Ardian, a world-leading private investment house, announces the acquisition of a majority stake in Jakala, the first marketing technology, or ‘martech’, group in Italy and one of the top five in Europe.

Jakala operates in a rapidly changing market, assisting its clients, particularly large corporations, to make the best use of technology and data to enhance and develop their business through innovative sales and marketing projects.

Ardian first invested in Jakala in 2018 through the Ardian Growth team led by Laurent Foata with a minority stake acquisition. With this new investment from its buyout fund, Ardian confirms its confidence in a fast-growing company with an innovative business model. The Equity Club, promoted by Roberto Ferraresi and Mediobanca, H14 managed by Luigi, Eleonora and Barbara Berlusconi, PFC, holding company of Marzotto’s family (represented by Guglielmo Notarbartolo), and current management of the Group, will reinvest in the company alongside Ardian and Matteo de Brabant (who retains 25% through Jakala Holding).

With Ardian’s support, Jakala will have the financial resources and support necessary to accelerate its growth strategy in Italy and abroad notably through build-ups. In line with its investment philosophy based on the full support of entrepreneurs to support the growth of companies with great potential and create value for all stakeholders, has decided to further support Jakala, a leader in the martech sector which is expanding internationally thanks to the acceleration of the data and digital transformation process.

Jakala Group was founded in 2000 through the vision of Matteo de Brabant, Founder and Chairman. It was the first company in Italy to combine marketing and technology, and it merged on 2014 with Seri System, and one year later Value Lab joined the Group, creating an integrated group in the world of Sales & Marketing services. Following the entry of Ardian and the other shareholders into Jakala’s capital in 2018, the Group accelerated its expansion opening in new markets including USA, UK, Brazil and Poland. During this time the firm conducted crucial acquisitions: Volponi, which enabled Jakala to strengthen its position in the world of engagement, and 77 Agency, one of the largest independent international digital media & performance agencies.

The Group has more than 1,000 employees, 60% of whom are under 35 years old and half of whom are women. It has a turnover of EUR 300 million, 35% of which is generated internationally in the 12 European countries in which it operates. The Group has experienced strong organic growth but has also closed 10 acquisitions, which has allowed the integration of new expertise. Over the last 5 years, EBITDA has grown significantly at an average rate of 25% per year.

Despite the coronavirus pandemic, Jakala showed great resilience because of its innovative approach, and 200 new hires were made.

The Ardian Buyout team in Italy, with Managing Directors Marco Bellino and Yann Chareton, and Jakala’s top management, led by founder and Chairman Matteo de Brabant and CEO Stefano Pedron, commented: “Jakala’s uniqueness and expertise make it a key player in the digital marketing sector at an international level with huge growth prospects in different geographic areas. The support of an investor such as Ardian, Europe’s leading private equity fund, will be fundamental in facing a new phase of growth. Between Jakala and Ardian there is a full sharing of objectives and values, an important example is the B Corp project.”

The transaction is subject to customary closing conditions, including regulatory consents.

ABOUT ARDIAN
Ardian is a world-leading private investment house with assets of US$110bn managed or advised in Europe, the Americas and Asia. The company is majority-owned by its employees. It keeps entrepreneurship at its heart and focuses on delivering excellent investment performance to its global investor base.

Through its commitment to shared outcomes for all stakeholders, Ardian’s activities fuel individual, corporate and economic growth around the world.