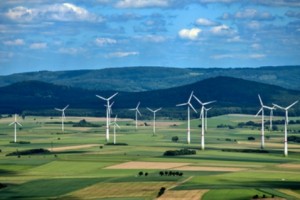 Ardian plans to make its first infrastructure investments in the U.S. after wrapping fundraising for its fourth infrastructure fund, an executive at the Paris-based firm said.

About 20 percent of the $2.9 billion raised for Ardian European Infrastructure Fund IV came from North American LPs, said Mathias Burghardt, head of infrastructure for Paris-based Ardian. The firm announced the closing of the fund on January 11.

Burghardt said the firm is considering investments in wind and solar projects in the U.S. as technology behind renewable energy improves.

“We will start to look at U.S. opportunities,” Burghardt said in an interview. “We’d like to start small.”

Burghardt declined to provide any details on the timing of U.S. investments, but said the fund has already invested about 1 billion euros in Europe.

The primary focus of the fund remains Europe, a region that has gained favor from LPs in recent years after jitters tied to the currency crisis there died down.

In 2015, Fund IV invested in 2i Aeroporti in Italy; it also teamed up with Ascendi to jointly own and operate one of the largest toll road networks in Portugal.

Lower petroleum prices are forcing big oil companies in Europe to sell infrastructure assets, but the business of transporting and storing petroleum remains healthy because volume levels continue to climb as the economy recovers, he said.

As these properties change hands, more oil and gasoline producers may gain access to European markets that were dominated by one or two players, he said. “It’s the beginning of a new era,” Burghardt said.

Fund IV comes after Ardian’s European Infrastructure Fund III closed on 1.75 billion euros in 2013. Based on recent currency exchange rates, it raised $1.9 billion for that fund.