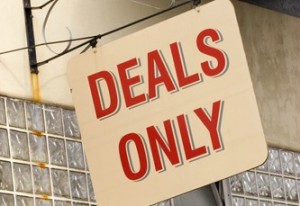 The market for secondary purchases of limited partners’ positions in private equity and venture capital firms remained strong in the first half of 2012, generating volume of about $13 billion, according to a Cogent Partners report provided to peHUB.

However, there are indications that limited partners are making exits, perhaps in an attempt to stave off liquidity issues ahead of sovereign financial issues. In North America, public and government pension plans were the primary sellers, and in Europe, most deals were coming from financial institutions. Also, the pace of deals was slightly off 2011’s torrid secondary transaction market for the first six months ($14 billion).

In fact, the report states, pensions and financial institutions have become the majority of the volume of the sell-side of the secondary stake business.

“There was an absence of sizeable financial institution sellers in North America” in the first half of this year, the report states.

And, there are more sellers: the report states that as many as half of secondary market sellers in 2012’s first half had not previously tried to market any assets before. It seems as if they’re coming to market at the right time.

Secondary fund sizes have increased (and, there have been a number of new entrants into the marketplace via recent fundraisings), the report states, and although the market “may currently not be able to digest” a $3 billion to $5 billion transaction, there are plenty of $1 billion to $2 billion deals that are feasible.

The report stressed against buying into too many LBO shop vintages in the 2006-2008 era, or at least doing so without sufficient diligence: “There is no one-size-fits-all price for boom-era buyout funds,” it notes.

PeHUB reported last year that public pension PennSERS was weighing a plan to sell up to half—about $3 billion worth—of its private equity and venture capital investments, likely due to liquidity pressures and the need to pay out a growing base of retirees.