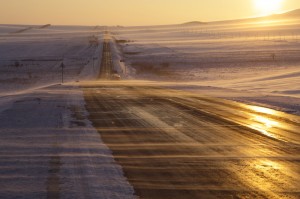 The recent news about the reduced investment pace by venture capital in 2012 cannot come as a surprise to those who can separate the mindless cheerleading for a better future (we all want) from our own responsibility to clean-up its Neanderthal economics.

We should not stare blind at the quarterly reporting of how fast the arbiter of innovation spins its wheels and makes investments, but instead focus on the traction those investments should yield long-term. And how that traction builds social economic value, secures public investor returns post-IPO, builds enthusiasm with emerging groundbreaking entrepreneurs, and thus cements the renewable interest of institutional investors.

Over the last twelve years, venture capital has failed to outgrow corporate innovation (by a long shot), has failed to outgrow the organic pace of technology adoption, has cost its institutional investors more than $244B (in just one vintage in the U.S. alone), has yielded -30% two-year post-IPO performance and is playing russian roulette with public confidence.

So much so that Joseph Dear, Chief Investment Officer for CalPERS (the largest U.S. pension fund and institutional investor in venture capital) was quoted in August of 2012 to call venture capital, ”the most disappointing asset class over the past 10 years as far as returns”.

But what worries me more is not so much the downside-protection of institutional investors (who can compensate with returns from other asset classes), but the erosion of economic upside.

The aforementioned denial by venture capitalists plays dangerous games with the contribution of 20% of GDP mature innovation (with venture capital in its early fighting-form) can generate. Meaning, the economic incompatibility of venture capital to select and support groundbreaking innovation (for the last twenty years), has and will yield a direct erosion (at twice the speed) of 20% of GDP. A 20% we simply cannot afford to lose.

Yes, venture capital is contracting, but that contraction alone does not mean its participants know how to reverse its effectiveness in line with the greenfield of innovation adoption that awaits.

We estimate venture capital’s effective size now to be as small as 40 years ago, with only a handful of firms producing consistent monolithic venture-style returns for their investors (see our venture capital infographic). And a handful of venture firms will not be able to serve the 80% greenfield, nor build any meaningful contribution to GDP.

Causal effect
I first discovered the exact cause-and-effect of venture capital’s failings (and described in my preeminent video on The State of Venture Capital), and have been blowing the whistle for more than eight years.

Because of macro-economic illiteracy, venture capital has been allowed to turn subprime in the same way real-estate had turned subprime.

With Neanderthal economics that fail to establish a meritocracy as the guard rails for a free-market economy. Our economic ignorance is directly responsible for the uniform deployment of investment risk steeped in investor socialism. The stifling socialism that is guaranteed to be incompatible with finding outliers.

The only way to fix venture capital is to hold its participants to the same meritocracy as entrepreneurs. And so, until we fix the Neanderthal economics to which we hold investor feet to the fire, will we see a continuous flood of depressing quarterly statistics, disturbed perhaps only by more false positivity sold to greater fools, plot the ominous cyclicality of a winding down subprime spiral of venture capital – with devastating impact to our innovative culture that took 200 years to build.

So, yes. VCs are still relevant, but not in a good way. More like the drag from a ball-and-chain across the icy roads of our economic malaise. But I can fix VC, and beyond. I did not spend the last five years just complaining about it.

Georges van Hoegaerden is a managing director with The Venture Company. He blogs here and tweets here.