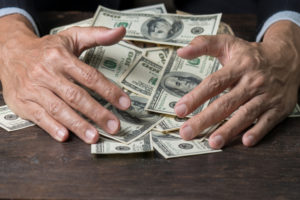 Big close announced this morning … Ares Management closed its Special Opportunities fund on $3.5 billion, beating its $2 billion target. Ares Special Opportunities Fund targets private and public opportunities regardless of state of the market, focusing on companies that are stressed or going through transitional change and need additional capital.

The Ares team has been focused on private deals up to March 2020, deploying about $400 million, the firm said in a statement. Once the virus downturn swung into full gear, the Special Opps team began focusing on the public markets, Ares said.

Since then, Ares deployed about $1.3 billion in during the market downturn.

The add-on is Strattam’s first since coronavirus shuttered markets in March. Ecrion’s capabilities help address the remote work environment created by governments locking down people and businesses to slow the spread of covid-19, Milana writes.

“We are hearing a lot from our clients that communicating with their customers now that we can’t see each other in person is a huge need and a huge problem,” said Bob Morse, co-founder and managing partner at Strattam. “So bringing that capability to our 500+ hospitals we thought is going to be a very exciting idea.” Read Milana’s story here.

Also last year, Strattam closed its second fund on $230 million to invest in founder-led IT companies. At close, Strattam had already deployed about a quarter of the fund into three platfrom deals. All told, the firm expected to make three more platform deals. Strattam closed its debut fund on $157 million in 2016.