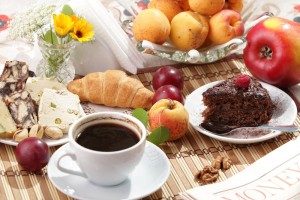 Hope you had a nice weekend. What’s new?

Moelis and Barclays were said to have won the adviser mandate on the transaction just before the world began shutting down from the outbreak of the coronavirus. The company has not set timing for when it’ll hit the market, but likelihood will be in the second half of the year, Sarah writes.

Default: One of the worst things that can happen to private equity in an economic downturn is limited partners defaulting on their capital calls. This is a rare event during normal times, and LPs managed pretty well to continue meeting capital calls for the most part even during the global financial crisis.

Back then, LPs were helped by GPs not calling capital for months after Lehman Brothers collapsed, which put a freeze on deal activity through the winter months of 2008 and 2009. The pressure was off LPs to some extent to meet capital calls as GPs held fire.

Now comes word that two European LPs defaulted on calls because of concerns about their illiquid holdings ramping up beyond policy allocation levels as the overall value of their funds declined in the market downturn. This is a phenomenon known as the denominator effect.

Not much detail on who or what kind of LPs these are. This from Eamon Devlin, partner at MJ Hudson: “I have seen two European LP defaults since the crisis started and more are likely to happen,” he told Graham Bippart at Private Funds CFO. Read the full story here.

Part of the pressure today is a drying up of distributions as deal activity closes off and exits stop. Ongoing capital calls with very little distribution activity can spell trouble for LPs, especially if they’re already dealing with collapsing public equity holdings.

I will point out that, in all my talks with LPs, GPs and consultants over the past few weeks, no one has even hinted that they’re concerned about widespread LP defaults (at least at this point). While GPs have a range of options to use in the case of an LP default, many of them highly punitive, they also may be reluctant to take to hard a line on an LP having issues.

As with many things in this latest crisis, whether we’ll see widespread LP pain probably depends most on how long this situation persists. Hit me up if you’ve heard of LP defaults or other sorts of drama at cwitkowsky@buyoutsinsider.com.

Top Scoops
Private equity may lose out in coronavirus relief approved by the U.S. government last week. This is because the law appears to treat a PE-backed portfolio company as an aggregate of all the other companies the PE firm controls. This could put the individual portfolio company, which on its own would qualify for relief, over the 500 employee threshold under the law.

However, ambiguity exists in the language of the law, called the Coronavirus Aid, Relief and Economic Security Act, according to Davis Polk & Wardwell. It’s possible SBA will issue interpretive guidance, the law firm said in a client memo.

“If the SBA were to adopt the interpretation that the affiliation rules do not apply to PPP loans extended under the CARES Act, then many controlled portfolio companies that would otherwise be ineligible for loans because of the application of the affiliation rules would become eligible,” the memo said. Read more here.

Excellere Partners Fund III LPs are deciding on whether to allow the fund to continue making new investments after a key-person provision was triggered by the death of co-founder David Kessenich, writes Justin Mitchell on Buyouts. Kessenich died Jan. 22 at the age of 52. He formed the firm in 2006 with Robert Martin, who died in 2017. Read more.

Book: I finished “Once in Golconda” and on to “The Go-Go Years” about the stock market in the 1960s. Also picked up a few books (on the Kindle of course) about Jay Gould and the markets after the Civil War. What are you reading?

Have a great day! Reach me with your thoughts, tips, gossip, whatever at cwitkowsky@buyoutsinsider.com or find me on LinkedIn.