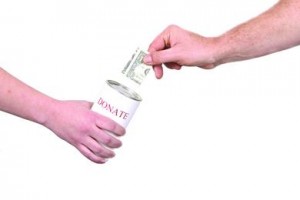 Hope you had a nice weekend. What are we, going into week five or six of lockdown? The health numbers continue to improve around the tristate area, so hopefully there’s light at the end of the tunnel.

Settle: Even as much private equity activity slows in the pandemic shutdown, SEC is still out there regulating. The Commission reached a settlement with Old Ironsides Energy over charges the firm included misleading information in its Fund II marketing materials, SEC said in a settlement document.

SEC censured the firm, which agreed to pay $1 million to settle the case, according to an SEC filing. Old Ironsides closed Fund II on about $1.3 billion in 2015. As of March 31, 2019, Fund II had deployed about $982 million, the filing said.

Old Ironsides did not admit or deny wrongdoing. “We welcome the opportunity to put this matter behind us and look forward to focusing all of our efforts on generating returns for our investors,” Andrea Haney, Old Ironsides chief compliance officer, said in an emailed statement.

Giving Back: Advent International, WindRose Health Investors, Olympus Partners and Linden Capital Partners have all stepped up recently with philanthropic efforts to help those in need amid the pandemic, Sarah Pringle writes on PE Hub.

Advent said Friday it made a $7.1 million donation to various support organizations across Massachusetts through The Advent Global Relief Fund. The fund, announced last week, includes an initial $25 million commitment from Advent partners to support healthcare and other front-line workers, vulnerable communities and the employees of the firm’s portfolio companies.

WindRose is contributing $800,000 to what will become an institutionalized charitable effort, with initial focus on providing relief to portfolio company employees facing hardships, Sarah writes. WindRose will then look to help the broader communities of its portfolio companies and NYC.

Olympus general partners meanwhile have given more than $200,000 over the last two weeks to support its community, Sarah writes. Read the story here.

Top Scoops
Teacher Retirement System of Texas CIO Jase Auby told the board the system’s private markets holdings were not likely to decrease significantly once valuations caught up with public holdings, writes Justin Mitchell on Buyouts.

“They are likely to be down, but it’s unlikely to be a dramatic draw down,” Auby said at the pension’s April 17 meeting, which was conducted via teleconference. “The time horizon at which they are reflected can be a number of quarters, sometimes as long as a year to reflect, and so…it is possible that some of those assets might not in fact mark down due to the crisis, but others will.” Read more.

Artemis Capital Partners joined the race to beat coronavirus through its investment in Biodot, an equipment maker for diagnostic labs examining survivors for antibodies, writes Karishma Vanjani on PE Hub. Artemis paid under $100 million for Biodot.

Biodot manufactures automated ultra-low-volume fluid dispensing systems for partners that assemble the antibody or serological tests. These test kits are indicators of immune responses within a coronavirus survivor who had mild or no symptoms but never got checked or received treatment.
“The thought process is that those who are immune to the disease should be able to get back to normalcy,” Artemis founder Peter Hunter said.
Read the story here.