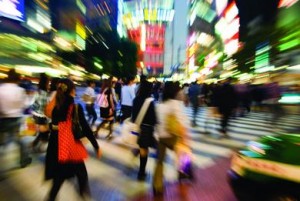 Not only has the Arysta LifeScience ¥185bn (US$1.8bn) buyout defied the global credit crunch, it has demolished the myth that support from one of Japan’s “Big Three” lenders – Bank of Tokyo-Mitsubishi UFJ, Mizuho Corporate Bank or SMBC – is crucial for successfully syndicating a loan in the country.

Twenty-eight lenders, including the four original mandated leads – Aozora Bank, JPMorgan, Lehman Brothers and UniCredit – participated in the ¥140bn seven-year senior debt portion, while another 18 institutional investors joined the ¥45bn mezzanine tranche, which marked the largest mezz tranche for any LBO from Asia.

Deals of this size typically rely on the Big Three lenders, which have sufficient scale of balance sheet to bring such transactions not just in Japan, but for the region.

BoTMU did join the deal, but only at the sub-underwriting level and only in January this year, well after the transaction had established itself as a success.

GE Commercial Finance, HSBC and Shinsei Bank – which had backed bidders competing with Permira – committed to the deals as MLAs by November 2007.

The strategy of the four original leads to target the lenders backing the losing bidders paid off. After GE, HSBC and Shinsei joined seven more banks entered the transaction during the expanded MLA phase, which meant that the deal had 14 lenders in the bag well before Christmas.

The presence of so many lenders at the top in turn gave comfort to other lenders to join the deal in sub-underwriting and general syndication, which were launched simultaneously in early January.

Fourteen additional banks joined in sub-underwriting and general syndication, committing ¥45.5bn, or 24.5% of the total deal.

It was the best response in general syndication seen by far for any LBO from Asia – a remarkable outcome given that the deal unrolled at the height of the sub-prime crisis. The four original leads were mandated in mid-October 2007.

Arysta’s LBO had all the right ingredients for a successful outcome. The financing was conservatively structured, priced correctly and featured an underlying credit that had a strong growth story.

Arysta’s LBO represented a debt-to-capital of about 58% with the senior debt-to-capital being much lower at 39%. With Permira pumping in some ¥116bn in equity funding, it also featured strong support from a financial sponsor that was making its first investment in Asia.

Yayoi’s LBO closed in December 2007, while the Qualicaps transaction closed in May that year.

Arysta’s LBO could have pushed for a higher leverage. Indeed, initially the leads looked at a level of around seven to nine times before finalising the structure in mid-October. In hindsight the leads’ decision to go with a conservative gearing level was vindicated by the resounding success of the offer.

The mezz tranches were completely sold down with the four original leads left with zero final holds. The junior mezz piece was the most oversubscribed with some hedge funds believed to have ended up with zero final hold (because they either wanted a large final hold or nothing) or as little as 15% of their commitment amount.

The senior debt featured an average life of five years. Fees to top level participants in general syndication amounted to 52.5bp, which worked out to a top level all-in of around 260.5bp over Tibor/Euribor/Libor.

The ¥45bn mezz portion was split into a ¥20bn 7.5-year senior mezz tranche with a margin of 500bp over Tibor and a ¥25bn eight-year junior mezz piece with 4% cash and 10% payment-in-kind coupons. The returns to investors participating in the junior mezz worked out to about 16%–17% on a dollar basis.

The deal was helped by lenders’ familiarity with the credit. Some of the lenders on the latest offer participated in two share-backed financings arranged by Lehman in July and December 2006, and in a ¥70bn five-year loan arranged by Aozora, Citi and Mizuho in February 2006.

Existing lenders on those financings will be repaid by the new LBO. Arysta’s strong credit profile with stable cashflows meant that they had every incentive to renew their exposure to the credit.

Arysta is the 10th-largest agrochemical company in the world by revenues and among the fastest growing companies in that space.

For the 12 months ended September 30 2007, Arysta generated revenues of ¥137.6bn and pro forma Ebitda of ¥22.2bn. Bankers familiar with Arysta also said that the company operated in a niche segment in the highly fragmented crop protection industry, which was a difficult story to sell to potential lenders.

Compared with larger competitors such as BASF, Bayer and Monsanto, Arysta has lower R&D costs, which compensate for its smaller scale.