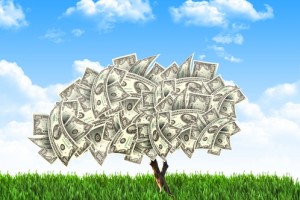 It’s often said the two things that drive private equity are returns and relationships. So which one pulls more weight when a general partner heads out on the fundraising trail to raise a new fund?

Several large limited partners attempting to answer this critical question said returns trumped all when it came time to re-up.  The conversation was part of panel discussion at SuperReturn, a private equity conference in Boston, as sister publication Buyouts reported.

“If we can upgrade our portfolio by selecting a new manager, and that means that we have to abandon an existing relationship, so be it,” said John Morris, a managing director at HarbourVest Partners LLC, a large Boston-based fund of funds manager.

Funds of funds firms like HarbourVest feel pressure from both sides, as they too need to raise money from investors. “Ultimately, we’re judged by the same measures as a GP, which is performance,” Morris said.

Of course maintaining relationships is still critical and often helps LPs gain insights into a fund’s wins and losses, said Brian Welker, the investment director at Allianz Capital Partners, a unit of the giant insurer. “We think about the next fund shortly after we commit to the current fund. We need to track the developments within a fund, and discuss its successes and problems. That helps us when it comes time for a re-up decision.”

And while relationships are important, it’s critical to stay objective and focus on returns, Welker said. “Every GP wants to generate enthusiasm heading toward a first close, but often from our perspective, that is window dressing.”

George Siguler, the founder and managing director of Siguler Guff, a fund of funds firm, said there was a disconnect between the motives of GPs and LPs that makes it imperative to focus on returns. “The GP basically wants to raise his next fund and the LP just wants to make more money,” he said, implying that raising a new fund and driving strong returns, while related, are not actually the same thing.

Of course there are a few firms whose strong prior fund performance means that there will be a scramble to commit money to the firm’s next fund, Siguler said. “There are funds that fill up fast and that clearly are going to get raised. We want to be sure to get an adequate allocation so that our investors have appropriate exposure to the managers.”

When asked whether there were any factors that would automatically disqualify a firm hoping for a re-up, Siguler quipped, “any GP who buys a sports team, never do that next fund.”