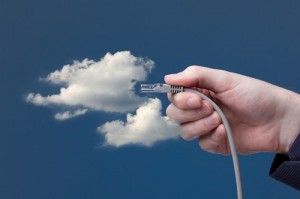 Kitchener, Ontario-based Auvik Networks Inc., an enterprise networking start-up, has obtained its first round of venture capital financing, totaling $6 million, from Canadian firms Celtic House Venture Partners, Rho Canada Ventures and BDC Venture Capital IT Fund. The company founders, which include serial entrepreneur Marc Morin, the founder of previously venture-backed PixStream and Sandvine, also contributed to the round. Auvik will use the new funds to accelerate development and commercialization of its cloud-managed network automation platform.

Auvik’s software brings a new level of simplicity and automation to what today is a complex and tedious function that can require a significant level of network expertise. The core technology is a proprietary compiler that constructs network configurations from abstract business requirements. This allows IT to approach networking very differently, focusing on supporting business goals rather than worrying about network configuration. The platform enables anyone in IT to easily configure, monitor and manage network devices and applications. SMB’s and smaller enterprises will benefit from best practices that are automatically implemented by the platform, resulting in a more reliable, secure and agile network, without the need to add in house expertise.

“We believe networks and related applications shouldn’t be complicated to configure, monitor and manage”, says co-founder CEO Marc Morin, “They should just work.” Auvik’s platform will not only address the networks and devices of today, but will allow companies to take full advantage of networks of the future. “Software Defined Networking (SDN) will usher in a renaissance for the networking world. We embrace this way of thinking, which shifts the focus from hardware to software, unlocking the latent capability in networking hardware and spurring new and innovative applications. Our cloud managed network automation platform brings many of the advantages of SDN to your existing network.”

Rho Canada, based in Montreal, is dedicated to backing leading, early-stage companies across Canada. Formed in 2006, Rho Canada is affiliated with Rho Ventures, based in New York and Palo Alto, and leverages off Rho Ventures’ 30+ years of experience in investing in venture-stage companies. Since 1981, Rho Ventures has been investing in leading edge, high growth companies that redefine the status quo. The firm has a deep history of supporting companies at multiple stages of growth spanning early stage investments to later stage expansion and growth equity transactions. Rho Ventures has financed approximately 200 companies and has invested in market leaders across many high growth sectors including information technology, communications, new media, healthcare and energy technology. Rho has over $2 billion under management. For more information, visit www.rho.com or follow Rho Canada on Twitter at www.twitter.com/RhoCanada.
About BDC IT Venture Fund

The BDC IT Venture Fund is a $150 million fund with offices in Vancouver, Toronto, Ottawa, Montreal and Calgary, and strong links to Silicon Valley. The investment focus is typically on early stage companies with passionate and visionary entrepreneurs in the Enterprise, Internet and Mobile sectors. The fund has invested in many successful companies including Radian6 (acquired by Salesforce), Opalis (acquired by Microsoft), Bycast (acquired by NetApp) and Q1 Labs (acquired by IBM). The IT VC fund is part of BDC Venture Capital, which has more than $1 billion under management and more than 25 years’ investing experience in IT, health and energy/clean technology companies, as well as venture funds. Find out more at www.bdc.ca/vc or follow us on Twitter @BDC_VC.