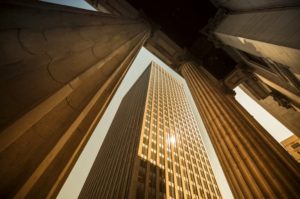 Avista Capital Partners is gearing up for a sale of United BioSource Corporation, the provider of pharmaceutical support services it carved out from Express Scripts over three years ago, people familiar with the matter told PE Hub.

While a process has not yet launched, Jefferies has been mandated for sell-side financial advice, the sources said. Significant sponsor interest is anticipated.

While UBC is more diverse, sources likened UBC’s hub services arm to that of CareMetx. In January, Vistria Group sold a majority stake in CareMetx to General Atlantic, generating an approximately 4.8x return on its initial investment, a source with knowledge of the matter told PE Hub.

Read more about the upcoming process on PE Hub.

Big one: Confirming various media reports, Japan’s Toshiba Corp. confirmed Wednesday it had it had received a buyout proposal for acquisition from CVC Capital Partners. The company said it planned to “ask for further clarification and give it careful consideration” and “make further a further announcement in due course.”

The Nikkei was the first to report on the proposal, writing that CVC is evaluating more than $20 billion deal, which would represent a 30 percent premium over the Japanese industrial group’s share price. Read the report here.

Bloomberg wrote that Toshiba’s association with sensitive industries – including its deep involvement in decommissioning the wrecked Fukushima Dai-Ichi nuclear power plant – could complicate government approval for a sale to a foreign entity. CVC was said to have completed a 21.3 billion-euro ($24 billion) fundraising for its eighth flagship fund last year, the Bloomberg report said.

According to WSJ, which cited data from Dealogic, the deal would be one of the largest leveraged buyouts in history and possibly the largest in Asia, rivaling the 2018 deal led by Bain Capital to acquire Toshiba’s flash-memory unit.

That’s it for me! Enjoy the week ahead, and as always, write to me with comments, feedback or tips at springle@buyoutsinsider.com.