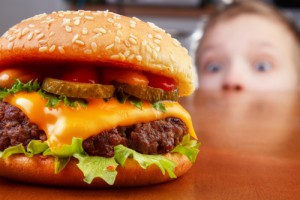 General partners and asset managers plan to raise roughly $7.1 billion for funds dedicated to environmental and social impact investing this year, a 50 percent increase from the $4.7 billion they raised in 2014, according to a survey conducted by J.P. Morgan and The Global Impact Investing Network (GIIN).

Firms also plan to increase the size of their funds in 2015, according to the survey. Eleven firms are targeting more than $200 million for new vehicles this year, compared to just seven in 2014, the survey said.

“Private equity and private debt were also the two instruments most used by these investors,” said GIIN Research Manager Abhilash Mudaliar at an April 29 presentation in New York City. Mudaliar said approximately 75 percent of impact investing is completed with the use of private equity or private debt.

Approximately 65 percent of the 146 survey respondents make direct private equity investments, according to the report.

GIIN, a not-for-profit organization that counts TIAA-CREF and the Bill & Melinda Gates Foundation among its members, conducted the survey with J.P. Morgan as part of its effort to increase the scale and effectiveness of global impact investing. The organization defines impact investments as deals that meaningfully influence social or environmental standards while delivering a financial return.

Impact investing has attracted more attention from limited partners as more firms and investors enter the space. Last year’s fundraising total for impact funds was almost $2 billion more than the $2.8 billion raised in 2013, according to last year’s GIIN study.

While most investors were able to exit investments within five years, more than 40 percent held their companies for longer than that, according to GIIN. Some of that may have to do with a relatively difficult market for initial public offerings in certain emerging economies. Only one of the exits tracked by GIIN was an IPO.

“In most cases, investors have exited by selling to another buyer – either a strategic buyer or a financial buyer,” Mudaliar said. “One can speculate that given that the market is new, some investors may just have to hold onto investments for a little bit longer before they’re able to find a strategic buyer. But that’s just speculation.”