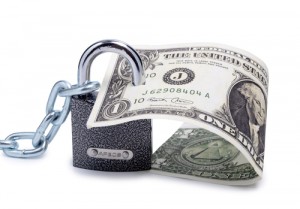 Bain Capital told investors in a letter Tuesday that its $2.2 billion Absolute Return Capital (ARC), which manages assets in fixed income, equity, commodity and currency markets, is “winding down” and returning capital to investors.

The ARC fund was down 14.8 percent this year through August, which would be its worst year since inception in 2004, according to two sources familiar with the matter. By comparison, the HFRX Macro/CTA Index is down 1.79 percent through Oct. 2.

“As you know, the environment for global macro fundamentals-based trading continues to be challenging,” Bain Capital told clients. “That factor, combined with the lack of certainty over when a recovery will take hold, led us to conclude that the time was right to return capital to you.”

Global macro is a hedge fund strategy that aims to profit from large economic and political changes in various countries by specializing in bets on interest rates, sovereign bonds and currencies, among other security types.

A spokesman for Bain Capital did not immediately respond to a request for comment.

Armored Wolf, based in Irvine, California, has about $250 million in assets under management, down from roughly $1 billion in early 2013, Brynjolfsson said.

“We were short oil and long the U.S. dollar, so we fared better than the broad asset class, though the tide of broader market price declines ultimately left us swimming upstream,” Brynjolfsson, Armored Wolf’s chief investment officer, said in an interview.

There are some funds bucking the trend. Two hedge funds run by Brazilian investment firm Gávea Investimentos Ltda rose in September, rebounding from losses last year, as bets on declining Brazilian and Asian asset prices helped offset expectations of gains in some Mexican and Indian investments.

Last month, the firm’s Gávea Fund and the higher-risk Gávea Fund Plus returned an estimated 1.61 percent and 2.45 percent, respectively, the lowest in three months, a letter to investors said on Tuesday. The funds ended last month with $568 million and $124 million, respectively, in assets under management.