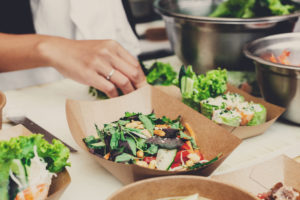 This is Chris, on the Wire this morning. What do you have going this week?
I’ve been knee-deep in emerging manager stuff for our upcoming feature on first-timers and emerging manager landscape, which has only gotten more challenging since moving through the pandemic.

We put together a very exclusive list of the most talked about new managers to watch this year, with about 35 names that will be featured as part of our June cover story on Buyouts. If you have thoughts on great first-timers out there, hit me up at cwitkowsky@buyoutsinsider.com and I’ll consider adding them to the list.

Meanwhile, on to the Wire …

Bain Capital agreed to sell a stake in Imperial Dade, which makes food service packaging and janitorial supplies, to Advent International. The deal will give the two firms joint control of the company, something we don’t see all that often. Other investors like Audax and company management are retaining stakes.

Ken Hanau, co-head of industrials at Bain Capital, told PE Hub reporter Obey Martin Manayiti the exit comes earlier than some of the firm’s other investments. “We didn’t have in mind that we would be doing a partial sale three years into the investment, but we have accelerated our growth plans,” Hanau explained.

“We are living in uncertain times, and so we were interested in getting some partial liquidity for the investment,” he said. “But at the same time, this is a very good asset that we believe is a long-term competitor and a true market leader in its space. We wanted to continue to ride the upside of that over a longer period of time.”

Fund: We’re hearing that Leonard Green is nearing a close on nearly $18.3 billion across two funds – its ninth flagship fund, with about $14.7 billion, and its second smaller-deal fund with about $3.6 billion. The firm launched fundraising in September.

Insurance: Amid all the perhaps unintended consequences of the SEC’s proposed rules on private equity, the impacts on indemnity insurance was one that wasn’t really on our radar. But after our LP reporter Gregg Gethard spoke with people, he discovered there’s some jitters among insurers about the proposed rules.
SEC is proposing to prohibit managers from seeking indemnification from LPs against claims related to breaches of fiduciary duty, negligence, bad faith and similar charges. In theory, this means money from the fund itself would go to pay for any settlement, damages, defense fees and other costs related to charges brought against a fund manager by an LP, third party or portfolio company.

Insurers and other industry insiders say the SEC’s proposed indemnification rule, combined with other potential regulations outlined in the agency’s February announcement, will impact this corner of the industry. Read more here on Buyouts.

I’m now in a logistics process where I’m mapping out the plot on a big poster board … hoping if I see the direction right in front of my face I’ll stick to the path!

That’s it for me! Have a great rest of your Wednesday. Reach me with tips n’ gossip, feedback or book recommendations at cwitkowsky@buyoutsinsider.com or over on LinkedIn.