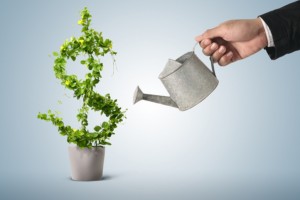 Two limited partners recently told me they are taking a second look at possibly committing to Bain Capital’s eleventh fund, which has been scratching and clawing its way to a final close.

Part of what prompted these investors to revisit the fund is the GP commitment, which the two sources said will come it at around $800 million, which, if the fund hits $6 billion, will account for around 13.5 percent of the fund total.

Bain’s GP commitment was increased recently from $600 million, sources said. The firm has had a cycle of strong exit activity, generating about $9 billion in realized proceeds in the trailing 12 months that ended in September, one source told me. The firm decided to pump some of the proceeds from that exit activity into the new fund, the source said.

That is “one of the biggest GP commitments I’ve seen from a large buyout firm,” the LP said.

“That’s a really big statement,” the other LP said. “They’re putting their money where their mouth is.”

In the same breath, one of the LPs mentioned another huge GP commitment, that of The Carlyle Group, which is kicking in around $900 million to its sixth fund, which has been targeting $10 billion. Dow Jones reported in September the firm set its hard-cap at $12.5 billion.

Numerous sources tell me Bain, the firm founded by former U.S. presidential candidate Mitt Romney, would like to wrap up the fundraising by the end of this year. However, the firm may leave the fund open for some last minute commitments into January, the sources said. Buyouts senior editor Steve Gelsi reported earlier this month the fund had just about reached the $5 billion mark.

Performance on Bain’s last flagship fund, vintage 2008, has been muted, generating about a 4 percent internal rate of return since inception as of 31 March, 2013, according to public information from the California State Teachers’ Retirement System. That performance has made fundraising for Fund XI challenging for the firm.

LPs like the idea of a smaller fund, especially one managed by a sponsor that still has the capability to work operational improvements on portfolio companies. Bain, like many other firms in the industry (CD&R for one), is known for its support team of operations professionals that support company management.

Executives at Bain Capital and Carlyle Group declined to comment.