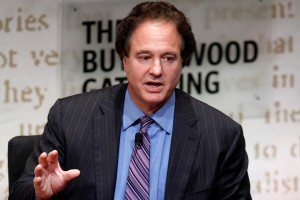 (Reuters) – Bain Capital LLC is close to securing commitments from investors for about half the $6 billion target for its latest private equity fund, two people familiar with the matter said on Monday.

The Boston-based buyout firm is finalizing subscriptions from investors for close to $2.5 billion for Bain Capital Fund XI, the people said. The amount does not include a $600 million commitment from the firm’s fund managers.

Commitments from investors came in last week, and the finalization of their participation — known in the private equity industry as “first close” — is currently under way, one of the people said, adding that Bain is looking to wrap up fundraising by fall.

The people spoke on condition of anonymity because the fundraising process is confidential. A Bain spokesman declined to comment.

Bain has said it has created hundreds of thousands of jobs in its 28-year history and supported hundreds of charities. Bain investors contacted by Reuters last year, including some of the largest U.S. public pension funds, said political attacks made no difference in their assessment of Bain and that their focus was on returns and the fees charged.

Bain is promising investors a minimum internal rate of return (IRR) of 20 percent in its latest fund, according to the Pennsylvania State Employees’ Retirement System (PSERS), a Bain investor.

In July, Bain said it had completed fundraising for its second Asia fund, raising $2.3 billion, which included $300 million contributed by Bain executives.

Buyout funds raised $26 billion globally in the first quarter of 2013, a 44 percent increase from a year earlier, according to market research firm Preqin.

KPS Capital Partners, a private equity firm specializing in the turnaround of underperforming businesses, said on Monday it raised $3.5 billion for its latest buyout fund, surpassing its $3 billion target.

With about $70 billion of assets under management, Bain is one of the world’s largest private equity firms. Its investments include retailer Toys ‘R Us, child care provider Bright Horizons Family Solutions and television network The Weather Channel.

Bain Capital Fund XI will target investments in the $200 million to the $500 million range, but may invest up to $1 billion in bigger deals, according to PSERS. It will focus on investments in North America, and will occasionally invest globally alongside Bain’s European and Asian funds.

When it started fundraising last May, Bain offered investors three options on how to pay fees into Fund XI, people familiar with the matter told Reuters at the time.

Private equity firms have historically used a 2/20 fee structure — charging a 2 percent fee to manage the assets and 20 percent of investment profits, a cut known as carried interest. The carried interest kicks in once profits reach a preferred rate of return, usually 7 or 8 percent.

But Bain offered investors different options. The one seen by investors as more conventional was based on a 1.5/20 fee structure with a 7 percent preferred return rate, sources told Reuters previously.

A second option was based on a 1/30 fee structure, geared toward making fund manager remuneration more performance-based, with the preferred rate of return also set at 7 percent, they said. Under such a structure, higher investment gains would pay more carried interest.

The third option, advertised by Bain as the ultimate alignment of interest with investors, is based on a 0.5/30 fee structure with no preferred rate of return, the private equity firm has told investors. This offers even more carried interest should the fund be profitable.

The idea to experiment with the fee structure was inspired by Bain’s success in offering two fee options for its second Asian fund.

KPS also offered two fee alternatives to its investors in its latest fund, KPS Special Situations Fund IV. The options were a 1.75/25 fee structure, same as its previous fund, but also a 1/30 fee structure, according to one of its investors, the New Jersey Division of Investment.