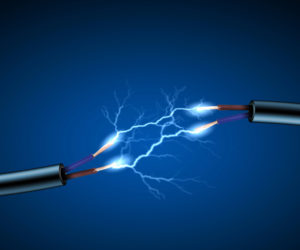 (Reuters) – Texas power giant Energy Future Holdings will square off against creditors in bankruptcy court on Thursday over a key question: will borrowing billions of dollars prop up the business or deepen its insolvency?

On Thursday, Energy Future will ask Delaware Bankruptcy Judge Christopher Sontchi to allow one of its two main units to borrow an interim $2.7 billion, and to access cash that is now subject to creditor liens. A group of junior creditors objected to the financing, saying in court papers Energy Future is worth more than it admits, which could pave the way for other borrowing arrangements.

Even if the judge approves the financing on Thursday, the junior creditors are likely to carry on a fierce courtroom fight about the company’s value as they seek more than the 3 cents on the dollar proposed in the company’s restructuring.

Energy Future has said it needs to borrow the money to pay vendors, satisfy regulators and make payroll at its TCEH generating and retail utility business.

Under Energy Future’s proposed restructuring, Apollo Global Management and other first-lien lenders holding $24.4 billion in debt would take control of TCEH. Junior creditors would have to settle for around $200 million of the $7.7 billion they are owed.

Those creditors want to prove the company is worth more, and one creditor faction led by Wilmington Savings Fund Society has sought a hearing on the matter as early as June 30.

The junior creditors are likely to argue that rising natural gas prices and changes in energy pricing methods in Texas, among other factors, could add value. Energy Future wants to postpone the valuation debate until much later in its Chapter 11 case.

The company’s April bankruptcy is one of the largest-ever Chapter 11 cases.

Its bankruptcy exit plan would cut a large portion of its $42 billion debt, much of which was run up in the 2007 leveraged buyout of TXU Corp that created the company in the largest such deal ever.

Led by KKR & Co, TPG Capital and the private equity arm of Goldman Sachs, the buyout was an ill-timed bet on natural gas prices, which began to plummet after the deal closed.

The proposed turnaround plan would transfer ownership of the regulated side of the company’s business, which includes the Oncor power line unit, to unsecured creditors of Oncor’s parent.

The parent, Energy Future Intermediate Holdings, will seek permission on Thursday to borrow $5.4 billion. Objections to that loan, which is separate from the $2.7 billion TCEH loan, are over borrowing procedures and how the money will be used.

The EFIH loan would refinance that unit’s senior creditors, but drama may unfold there, as well: the creditors argue they are entitled not only to full payback but to an additional early redemption fee, known as a make-whole, a point EFIH disputes. A trial on that question has been scheduled for September.

(Reporting by Tom Hals in Wilmington, Delaware and Nick Brown in New York)