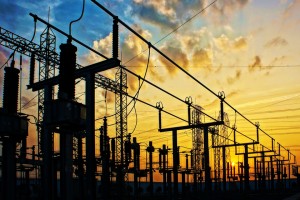 WILMINGTON, Del, June 5 (Reuters) – Texas’s largest power provider, the bankrupt Energy Future Holdings EFHC.UL, was cleared to get final approval on Thursday for about $4.5 billion in financing deals that it has said were important to maintaining its business.

Judge Christopher Sontchi of the U.S. Bankruptcy Court in Wilmington, Delaware, said he would dismiss objections that the financing was overly favorable to senior creditors who will end up owning the company’s generating and retail utility unit.

Energy Future filed one of the largest U.S. bankruptcies in April with a plan to slash its $42 billion in debt.

The parties were still working out final language to the orders.

The money will be used to satisfy regulators, allow continued hedging of commodities and pay the cost of the bankruptcy, which Chief Financial Officer Paul Keglevic told the court was estimated to be $900 million.

The company took on much of the debt in 2007 when it was formed with the record buyout of TXU Corp, led by KKR & Co, TPG Capital Management and the private equity arm of Goldman Sachs. The deal turned out to be an ill-timed bet on natural gas prices, which soon began to plummet.

Although senior creditors will end up owning the TCEH business, only 41 percent of them support the spin-off plan. At Thursday’s hearing a lawyer for the Aurelius Capital Management hedge fund displayed the split among senior creditors and objected to the way the $100 million monthly payments were being parceled out.

“This is an issue that might flow through this case,” said William Weintraub of Goodwin Procter, who represents Aurelius.

Energy Future’s other main business, known as EFIH, is the majority owner of Oncor, the biggest operator of power lines in Texas. It has proposed emerging from bankruptcy under the control of its unsecured creditors, and was to be the subject of a hearing on Friday, but that court date was postponed.

Barring a settlement, the real fight over the TCEH unit will come months down the road when Energy Future has to prove the unit is not worth enough to repay junior creditors.

Chris Shore, a White & Case attorney who represents holders of $2.7 billion of unsecured junior debt, ticked off a list of factors that could boost TCEH’s value, from coal regulations to forward energy prices.

“We’re all going to be pulling our hair out trying to figure out how we come to a value,” he told Sontchi.