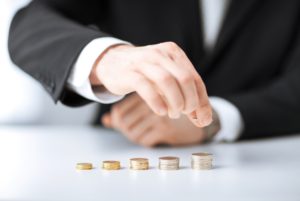 (IFR/TRPLC) – Wall Street banks are bracing for a clampdown and even fines if regulators determine they have violated guidelines aimed at stamping out reckless underwriting on leveraged buyout debt.

U.S. regulators are looking at deals arranged between October 2013 and March 2014, when, according to data from Thomson Reuters Loan Pricing Corp, more than 24 buyouts had leverage above the official 6x limit.

Another 19 buyouts since March have also breached that limit, which was set by the Office of the Comptroller of the Currency, the FDIC and the Federal Reserve as the absolute maximum acceptable level.

While the review is routine—an annual exercise dubbed the Shared National Credit—banks fear regulators will be keen to make examples of any institutions flouting the new guidelines, which were set in place in March last year.

“Banks were soundly warned in the last review that if they could not show that they were sticking to the guidelines, that they would be punished,” said Paul Forrester, a partner at Mayer Brown.

He and others believe that, in addition to the 6x leverage ceiling, regulators will also scrutinize how many loans breaching the limit will be permissible on each bank’s books.

“The OCC has signaled that rare is closer to never, and we read that as one or maybe two,” one senior debt capital markets banker told Thomson Reuters International Financing Review, speaking on condition of anonymity.

The OCC and Fed were not immediately available to comment.

For the purposes of the review, regulators do not distinguish between left-lead arrangers and bookrunners, but market participants, including lawyers and bankers, believe the leading banks will bear the closest scrutiny—and the punishments.

In any case, according to the TRLPC data, almost all of the major banks have been left-lead on at least four loans in excess of the 6x limit since October 2013.

Although banks are normally wary of such deals, they make exceptions when buyout companies have exceptionally strong cash flows that enable them to pay down debt more easily—something that is also factored into the guidelines.

Richard Farley, a leveraged finance partner at law firm Paul Hastings, said it was difficult to determine which banks are in violation of the guidelines, based on publicly available data.

“Banks can underwrite all the deals they like over 6x leverage as long as they can show that at least half of the total debt, or all of the secured debt, can be paid down in (up to) seven years,” Farley said.

And that, many believe, is where banks may be able to convince regulators that they are abiding by the spirit, if not the letter, of the post-crisis regulatory regime.

“For any deal underwritten in breach of any of the guidelines, banks will have an approval memo explaining how they have justified underwriting that deal,” said another debt capital markets banker, who also declined to be named.

Some banks complain that they are on an uneven playing field, as different institutions are regulated by different authorities.

The OCC, for example, oversees U.S. banks with deposits such as Bank of America Merrill Lynch and Citigroup, while the Fed monitors U.S. bank holding companies such as Goldman Sachs and Morgan Stanley, as well as foreign institutions such as Credit Suisse and Deutsche Bank.

Having different regulators only adds to the uncertainty for banks, which are trying to satisfy authorities while at the same time reaping the rewards of a booming leveraged loan and high-yield bond market.

“Banks are in the business of making money,” said Mayer Brown’s Forrester. “If they make a credit judgment and the demand for deals is there, then they are going to respond to that demand.”

Even so, some have stepped away from some of their biggest clients. Three longtime banks for private equity firm KKR snubbed a request for a $725 million buyout loan for landscaping company Brickman Group Ltd over concerns it was too risky to pass muster with U.S. regulators.

And that, according to one buy-side source, was in spite of the firm’s strong track record of leveraging up and then reducing debt quickly.

“What we have seen is more banks dropping out of processes, because they worry that they are offsides with the guidelines,” said Jason Kyrwood, leveraged finance partner at Davis Polk.

Others say banks are grappling with tactical decisions, such as trying to guess how big the fines could be—and weighing that up against the fees for underwriting such deals.

The final decision from regulators is not expected until some time in summer, but banks are clearly expecting they will have to pay at least a little bit—and possibly a lot more—for their decisions.

“Fines have to be regarded as a much more likely scenario this time round,” Forrester said.