PE Hub
Home Opinion BC Partners’ Wautier says 2022 could be a vintage year for PE;...
Return to search
Opinion 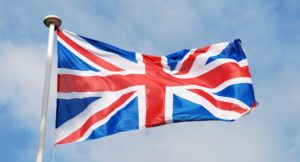 Here are some of the stories our UK-based team has been tracking this week.

A very good year? Europe is in the depths of a challenging dealmaking environment, for both buyers and sellers – but it could turn into a vintage to rival that of 2010 or 2002, according to Jean-Baptiste Wautier, partner and chief investment officer, BC Partners.

Macro uncertainty and a quasi-shutdown of debt markets in Europe are behind the difficult conditions, Wautier, who is also a member of the London PE firm’s management committee.

“We continue to be incredibly disciplined and to actively explore a healthy pipeline of opportunities because there will be a point at which the market reopens,” he said. “If there is a major repricing, then this is likely to be one of the best vintages you’ve seen on the PE side for many years, just like 2010 or 2002.”

That reopening could come as soon as next year, if financial market history repeats itself, Craig writes.

“When we’ve had periods of quasi closures like this, for example post-Lehman, it’s usually for less than a year because the system cannot stop functioning for too long,” Wautier said. “Banks need revenues to exist, and to get revenue they need to lend money. Institutional investors need returns to meet their liabilities such as pension payments.

“Financing markets started closing in Q2, so we might cautiously expect them to reopen in Q1 next year – not necessarily a full return, but functioning.”

For more, read the full interview.

“Manchester England, England.” In Europe, it’s football season (well, soccer season to us in the States), and Craig’s been tracking private equity investments in the sport.

After Elon Musk’s joke Twitter announcement that he was going to buy Manchester United, there are some serious reports of private equity interest in the club. United owners the Glazer family are in exclusive talks with New York’s Apollo Global Management to buy a minority stake in the club, according to the Daily Mail.

CapMan and CBRE Investment Management each acquired a 50 percent stake in Norled in 2019. Earlier this month, Helsinki-based CapMan announced its exit from Norled, with New York-based CBRE IM taking full control of the company. The exit was the first from the CapMan Nordic Infrastructure I fund.

“The ownership period was slightly shorter than we expected, as many things happened at a faster pace than we thought,” said Poukka.

Norled is a marine transportation company based in Stavanger, Norway, with a fleet of 41 ferries and 30 express boats. Norled has invested capital in new types of vessels and technology, including hybrid and battery-driven vessels, and a hydrogen-electric ferry.

During its three-year ownership, the team at Helsinki-based CapMan had their “hands full”, according to Poukka. Working with a transportation company during a global pandemic involved challenges. “It definitely was a dynamic work environment,” Poukka added.

“The European SaaS market is experiencing extraordinary growth, and our partnership with Mercell allows us to expand our presence in this important global market,” AJ Rohde, a senior partner at Thoma Bravo, said in a statement.

Thoma Bravo is reportedly opening an office in London soon, so we expect to see many more European deals from the tech-focused PE firm.

Contact us. Our UK-based PE Hub Europe editorial team would love to hear from you about European private equity deals. Here’s how to reach them:

That will do it for me this week. Tomorrow, PE Hub reporter Aaron Weitzman will write the Fri-yay edition of the Wire, and I’ll be back on Monday.

Happy dealmaking until then,