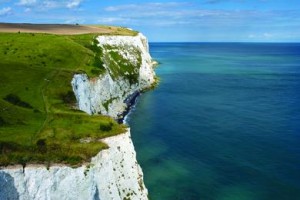 The “refinancing cliff” in the US leveraged loan market provides a fairly sobering look down into a deep pit of redemptions. Around US$576bn of institutionally provided loans will come to maturity in the next two to three years. In Europe – though the scale and the timing are both less hair-raising – there is also a lot of money that needs to be found to meet forthcoming maturities of leveraged loans.

These are big numbers, without the ugly issue of actual full maturity. In view of the figures, it might be expected that the default rate in Europe would rise steeply. However, loose documentation, covenant headroom that looks suitable for troops of elephants to pass under, and what Fitch describes as “very generous” Ebitda definitions, together with equity cures, make triggering defaults difficult.

In any case, Europe’s lenders are not in any hurry to call defaults.

“Banks are more willing to enter into a dialogue with a manager or a sponsor in Europe partly because, in the absence of a Chapter 11 procedure here, people are very reluctant to go to court,” said Tanneguy de Carne, co-head of the EMEA loan syndicate at SG. “Court proceedings usually mean losing control of the situation and wasting valuable time, and time is key,” he added.

Although the bank market is a dominant lender in Europe, its pragmatism does not guarantee that there will be no defaults. Fitch notes that the first wave of defaults has already hit, with 14 reported across 21 CLOs between December 208 and March 2009. However, lenders in Europe are generally determined to keep the show on the road if they can.

“Banks are generally willing to help those credits that have performed relatively well, have cash, and are either too leveraged or feeling the strain of the wider economic environment,” said de Carne. On the CLO front, there is also a tendency to be flexible, if from a more existential point of view.

“The risk to CLOs is that if you get four or five defaults with low recovery, there could be a large number of unwinds due to overlap in the CLO portfolios,” said Jeffrey R Kushner, European CEO of Blue Mountain Capital Partners.

Kushner does not view such unwinds as likely in Europe and, indeed, most observers seem quite optimistic about the outlook for dealing with the European “refinancing cliff”, despite the challenges posed by the current economic environment. Europe benefits in particular from having a smaller amount of debt to refinance and from having more time to build up to the punch.

“The bulk of repayments are only due between 2013 and 2015 – and I would hope that we are back in a more normal economic cycle by then,” said de Carne.

It seems clear that leveraged credits looking to refinance now would struggle – and that new money is an even more remote possibility than finding funding for a refinancing.

“There won’t be a robust primary market in leveraged loans any time soon,” said Kushner. “Most investors see better and simpler opportunities and private equity can’t make the numbers work in the way that they have in the past.”

That should not suggest that the leveraged loan market is an investment desert. There is, for example, a possibility that lenders could be happy to take on credits that, though fundamentally sound, are in need of restructuring.

“Equity could get taken out at some obligors because lenders will want to own them,” said Kushner. Perhaps more importantly, some leveraged credits have shown that it is possible to access the high-yield capital market, though, once again, this is a much narrower and shallower pool than in the US.

On the outlook for the leveraged market as a whole, most observers are relatively upbeat.

“We are starting to see a more optimistic tone in the market,” said de Carne. “In the US, banks are starting to provide liquidity again to the best fund managers. That said, we are unlikely to see pricing recede from current levels and the return to normality will be slow, with facility size constrained.”