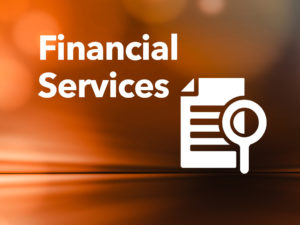 BHMS Investments and Abry Partners have agreed to acquire a majority ownership stake in Innovisk Capital Partners, an insurtech company, from Willis Towers Watson. No financial terms were disclosed. The deal is expected to close in the fourth quarter.

NEW YORK, Sep 8, 2021 – Innovisk Capital Partners (Innovisk) announced today that BHMS Investments, LP (BHMS) and Abry Partners II, LLC (Abry) have signed an agreement to acquire a majority ownership position in the business from Willis Towers Watson. Established in 2017, Innovisk seeds, develops and grows MGAs that operate in discrete areas and where the leadership is attracted to skilful use of technology and data to deliver superior performance of certain speciality commercial lines business. Completion of the transaction is subject to approvals and is currently expected to be completed in the fourth quarter.

David Thomas, CEO of Innovisk said, “Over the last four years, we have built a proprietary in-house technology platform and have nine underwriting businesses across the U.K. and U.S. with strong leadership in various stages of development. Innovisk has focussed on building a data capability and using it to work closely with carriers to develop profitable and sustainable premium. These businesses have seen solid growth and we are looking to accelerate and build on that success, with approximately $320 million of annual premium expected by year end.”

BHMS and Abry are private equity funds, with strong track records within the insurance ecosystem and are well positioned to support Innovisk in its future growth.

Commenting on the investment, Kevin Angelis, Managing Partner at BHMS, said, “We immediately aligned with Innovisk’s vision and ambition and are excited to support the business with a material investment. The new capital will provide Innovisk with the ability to continue to develop the business both organically and also through acquisitions of MGAs who share their culture and vision and to further find value in growing acquired portfolios utilizing Innovisk’s advanced technology and data capabilities.”

Nathan Ott, Partner at Abry, said, “The Innovisk team has built an impressive platform maniacally focused on underwriting quality enhanced by industry leading data, automation and risk analytics and is backed by a world-class panel of insurance carrier partners. We look forward to supporting David and team with the financial and strategic resources as they seek new opportunities to accelerate their growth.”

Innovisk was formed in March 2017 with the express intent of building an MGA platform that was able to benefit from best in class technology, data and talent. The heart of the offering is to augment underwriting by developing market leading technology which employs data and analytics in a sophisticated way to aid innovative product development and pricing, as well as improving efficiencies in underwriting operations and distrib