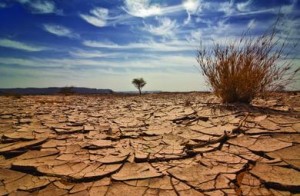 The collapse of Scottish biotech company Ardana this summer was just one example of the problems affecting the European biotech and life science industry. Although the company had a number of drugs in development, including one for prostate cancer and another tackling male and female fertility, it ran out of cash and wasn’t able to attract a takeover or organise refinancing.

Ardana’s woes illustrate broader problems facing European biotech companies. One of the main issues is the long development periods for new drugs and treatments and the high risks attached. Many investors who were prepared to back the industry a few years ago are now disillusioned, following a number of failures at late stage trials and an apparent hardening of the US’s Food and Drug Administration in its approvals policy.

The volatility in the biotech market can be seen in UK biotech business Renovo’s performance. The company lost half its stock market value in March, following mixed results for its scar-improvement drug Juvista, although it recovered some of this after more positive studies the next month.

The waning investor interest has been reflected in VC funds’ sizes. Biotech funds across Europe saw their assets under management shrink from €12.2bn in 2001 to €3.2bn earlier this year, according to data from research group Lipper Feri. Meanwhile, the downward movement in stock markets makes recourse to the capital markets much harder.

According to Genghis Lloyd-Harris, a partner at life sciences VC fund Abingworth, there is a scarcity of significant funding for biotech from the VC market and public markets, but there are possibilities in partnerships with, or acquisitions by large pharmaceutical companies, which need to replenish their drug pipelines.

“The IPO market is exceptionally difficult right now and even public companies are finding it hard to raise additional money from the public market,” says Lloyd-Harris. He adds that some biotech companies are making use of venture debt but that this is not enough to fund expensive drug programmes.

“The drug development cycle is becoming longer, more complicated and more expensive,” he says: “Biotech is a high-risk, high-reward investment and in times when there is a low-risk mentality, like now, it struggles.”

Michele Garufi, CEO of listed French biotech company NicOx, says that the volatile state of the stock markets does make it harder to raise money. He says: “For the last two years it hasn’t been easy but I think if you can deliver good results on a regular basis you can raise capital when you need it.”

Regina Hodits, a partner in German life sciences group Atlas Venture, agrees. “There aren’t many VC funds with money for new investments and those that are active tend to focus on later stage. Only a handful of funds are willing to look at financing companies from start-up to potential exit.”

There is potential from big pharma, Hodits believes. There have been a number of acquisitions by large pharma companies of European biotech businesses, she says. Examples include the acquisitions in April by Germany’s Paion AG of UK company CeNes Pharmaceutical, which specialises in pain reduction products. The price of £10.9m was regarded by some in the market as a bargain.

At the larger end of such acquisitions, in July Swiss pharma business Novartis’s acquired Swiss biotech Speedel, at an expected total cost of US$880m, which some in the industry saw as a very high price. The two companies had jointly developed a drug to combat high blood pressure.

Hodits says that acquisitions or partnership arrangements with large pharma companies is a good option for some biotech companies, as it is not directly related to depressed capital markets. “These big pharma companies are able to make acquisitions worth hundreds of millions of euros, despite the fact that their own share price might be down,” she says.

But Abingworth’s Lloyd-Harris warns that corporate partnering is not always a panacea and can favour the needs of the big pharmaceutical company at the expense of the smaller biotech business. Some big pharmaceutical companies are quite generous in up-front payments to the biotech company, he says, but sometimes the payments are “stingy”. He says: “There might be a headline figure of US$500m from the big pharma company but perhaps only US$5m of that is up-front and that’s the important figure.”

Lloyd-Harris adds that partnerships are sometimes a temporary arrangement, from the perspective of a VC fund. “If one of our biotech companies partners with a large pharma company it’s very helpful to have the cash and the prestige, but ultimately we’re looking for an exit for our investment.”

Jeremy Curnock Cook, executive chairman of BioScience Managers Ltd, agrees that the most productive source of finance for European biotech right now is big pharma. “If you run a biotech company you should know which large pharmaceuticals players would be interested in your product,” he says.

Genghis Lloyd-Harris says that none of the Abingworth biotech companies are going to go for an IPO in the current market but that some Abingworth companies are looking at corporate partnering and going public via a reverse merger with a listed company that has cash. He says: “If you can merge with a company like that you get a listing and cash, but for each cash-rich company there are lots of willing merger candidates queuing up and that means opportunities are limited.”

Abingworth has already completed one of these transactions. In 2005 its company Solexa, which develops technology to analyse DNA molecules, completed a reverse takeover of US company Lynx Therapeutics. In 2007 the business was acquired by Illumina in a stock deal valuing Solexa at around US$600m. Since then the value of Illumina stock has increased substantially.

When it comes to seed and early stage investment in biotech the challenges are even bigger and the withdrawal of much of the VC industry from early stage has left a gap, only partially filled by public sector or angel investment. Some European biotech companies are trying to get more government finance in non-dilutive funds, which would mean the shareholders not having to give up equity, says Abingworth’s Lloyd-Harris.

He says: “Often governments are willing to provide some help, but there’s a big variation across Europe when it comes to what is available and on what terms.” He adds that in the US there is much more state and federal government money available and that state governments vie with each other to attract biotech companies.

Lloyd-Harris believes there is a role for government finance but that it needs to be implemented very carefully. “In Germany there was money made available by both the federal and state governments but it didn’t really work in terms of creating successful biotech companies,” he says. The problem with the German programme, says Jeremy Curnock Cook, was that seed and early stage finance was made available but the companies then struggled to access further finance from other sources.

This is a quandary understood by Eleanor Mitchell, managing director of ITI Life Sciences, an innovation fund which was set up in 2003 by public sector body Scottish Enterprise. It was set up because of a recognition that there was a big funding gap between early stage finance, which grants can cover, and later stage funding, when a biotech company has become less of a risky investment.

“We operate in a pre-commercial environment and aim to generate intellectual assets that can then be commercialised,” says Mitchell: “The issue we find is there are only a limited number of companies in Scotland of the size and with the necessary financial backing to take these assets to the market place.” In the current market it is very tough, she says, to attract VC investment for these companies. She says: “What’s needed is a few more patient long-term investors, but I’m not sure how you would create such a pool.”

Running out of money

Until new funds are raised and that money begins to reach companies there will not be much of a change in the outlook for early stage investment, says Regina Hodits. She confesses that she is a little puzzled by the lack of appetite for European biotech. She says: “Europe has high-quality people and experienced pharma managers. Although they may not have the same marketing skills as in the US, there’s been a significant improvement in the quality of companies since 2000, with a lot more outsourcing.” For example, nearly all Atlas Ventures’ companies in chemistry employ chemists in China.

Hodits says: “If you look at all the money going into funds on the US east coast, the lack of investment in Europe is hard to understand and I’m surprised because our biotech companies are posting good returns, even if many of the companies in our current fund are not yet exiting.”

But, according to Jeremy Curnock Cook of BioScience Managers, the relationship between companies receiving the investment and those people supplying it has collapsed: “I’ve never seen a downturn like this before and the question is how did the ‘contract’ between investor and investee break down, to the extent that a lot of companies look set to run out of money in the next 12 months?”

The simplistic argument, he says, is that after 20 years Europe has yet to produce a globally successful life science/biotech company. But that is only part of the picture, he argues. More importantly, perhaps, is the difference in approach to funding in Europe compared with the US. “In Europe, later stage VC funds and institutions provide a limited amount of funds on a regular basis, while in the US they provide a large amount of capital over a long period,” says Curnock Cook. Management teams in the US, therefore, have more freedom to work through the complex series of steps from laboratory tests to commercialisation, he believes.

As for the idea of US funds investing in Europe, there are significant barriers, he believes: “The US is so large that funds can generally find as many opportunities there as they need, so why look outside?”

Part of the answer to Europe’s problems, he says, is for investors to take a longer-term view and appreciate that in biotech the investment period is 10 years or more from the bright idea to final product. There could be a role for government in creating a structure or mechanisms that provide a higher reward for those who invest in the longer term, he says: “Perhaps there could be incentives for people investing for more than five years in areas like biotech.”

Whatever the answer, one has to be found quickly, for if the anecdotal evidence is correct, there may not be much of a biotechnology sector worth saving in 12 months’ time.