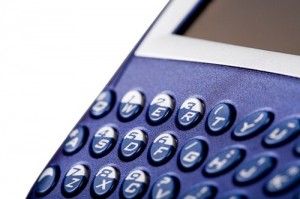 Shares of BlackBerry traded at $8.10 on Nasdaq in afternoon trading, well below the $9-a-share offer.

BlackBerry and Fairfax, its largest shareholder with an almost 10 percent stake, unveiled the plans on Monday for a consortium led by Fairfax to make a takeover bid.

But so far, none of the other potential investors have been disclosed. Fairfax is not expected to contribute more than its existing stake and has left itself the option of exiting after reviewing BlackBerry’s books and operation.

“I don’t think people see it as a real bid,” said Eric Jackson of hedge fund Ironfire Capital, who closed a small position in BlackBerry after its June earnings report. “It wasn’t a firm offer and (Fairfax Chief Executive) Prem (Watsa) can walk away from the deal at any time with no penalty.”

Fairfax’s Watsa is personally seeking more than $1 billion from several leading Canadian and U.S. pension and private-equity funds to support the $4.7 billion bid, the Globe and Mail reported on Wednesday, citing unnamed people familiar with the discussions.

The sources said that as of Tuesday only one pension fund, the Ontario Teachers’ Pension Plan, was seriously considering joining the buyout consortium. Teachers declined to comment on the report.

Jackson said the falling share price showed that investors are dubious that Ontario Teachers’ or other Canadian pension funds can be convinced to take part.

The Globe and Mail said Watsa was pitching the acquisition as a leveraged buyout that would be financed with more than $3 billion in bank loans, $1 billion in equity from institutions and Fairfax’s nearly 10 percent stake in BlackBerry.

Bernstein analyst Pierre Ferragu said he doubted financial sponsors would be comfortable with $3 billion of debt, given the only collateral BlackBerry could offer is its patent portfolio, which he valued between $800 million and $1.5 billion.

“We believe the Fairfax initiative is unlikely to come to fruition and see the next valuation floor for the stock at $5,” he wrote in a note to clients.

If it falls short of raising the equity to help finance the bid, the Globe said Fairfax intends to arrange a short-term bridge loan that could be repaid with BlackBerry’s cash holdings of about $2.6 billion.

“Prem Watsa has to come up with other interested parties and to me it’s a pretty unappetizing deal,” said Barry Schwartz, portfolio manager at Baskin Financial Services in Toronto, which does not own BlackBerry shares.

“It would be more appetizing if Prem was putting up more of his own cash to make the deal so it makes you wonder what’s going on,” he said.

But rating agency Fitch warned that a further concentration of Fairfax’s capital in BlackBerry could have a negative impact on its rating of the insurer. Moody’s had earlier said the bid was credit negative for Fairfax because moving its public stake into a private deal reduces liquidity.

BlackBerry, which put itself on the block in August, warned last Friday of dropping sales, a big operating loss and job cuts.

Even if the Fairfax bid succeeds, it is seen as giving BlackBerry some breathing room but not solving the problems that have pushed the smartphone maker into a corner.

In Toronto, BlackBerry stock was trading at C$8.35. Fairfax shares were barely lower at C$419.85.