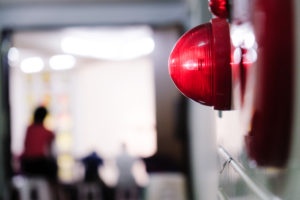 Perpetual Capital: BlackRock Long Term Private Capital – BlackRock’s only direct private equity strategy – has inked its third deal of the year, investing behind a fire-and-life safety service and installation platform with a regulatory backdrop and proven C-suite in its favor.

LTPC bought a majority stake in Summit Companies from CI Capital Partners, producing a gross IRR of 58 percent for the latter after an approximately four-year hold, a source familiar with the matter told PE Hub.

Building on its existing track record, LTPC sees an opportunity to accelerate growth at Summit, which scaled from five states to 20 under CI Capital; EBITDA during that period jumped by 5.6x to approximately $50 million, the source said.

“You have a company that’s in 20 states, but clearly there is no national provider in this space,” Colm Lanigan, head of BlackRock LTPC in the Americas, told PE Hub. With an open-ended investment horizon, he said, “we can give them the runway and capital to become that national provider.”

CI Capital credits the Summit leadership team, which, led by CEO Jeff Evrard, has proven very capable when it comes to M&A integration — executing 55 add-ons in the last four years.

“Fundamentally we were buying small companies, and a lot of them, at a very high velocity,” CI Capital managing director Tim Hall said, noting that the average add-on was sub $1 million of EBITDA. “People want to sell their companies to [Evrard] because they trust him. He knows how to do it correctly, which is very important when you are doing that many. It’s easy to lose control.”

For more behind the deal and the seller’s and buyer’s strategies, check out my full report on PE Hub.

Automation: Putting its first-ever dedicated automation fund to work, Thomas H. Lee partners this morning said it would carve-out the automation business of Brooks Automation. The cash transaction is valued at $3 billion.

For Brooks, the deal aligns with its plans to separate its automation technology company, which has a significant expertise in semiconductors, and its pure play life sciences company, which is known for things like cold-chain sample management solutions.

The automation business — set to retain the Brooks Automation name — generated $613 million in revenue over the 12 months ended June 30, 2021.

THL closed its $900 million Automation Fund in November 2020 with the aim of backing automation companies that enhance productivity across a range of end markets and use cases.

In March, THL via its automation strategy led a  $100 million investment round in FourKites, a market leading real-time supply chain visibility software platform.

That’s it for me! Have a great week ahead, and in the meantime, hit me up at springle@buyoutsinsider.com with any tips, comments or just to say hello!

Update: This report has been updated with the correct spelling of Summit CEO Jeff Evrard.