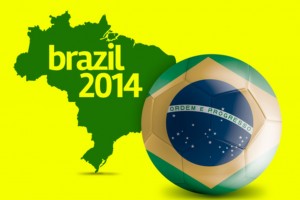 Patria Investimentos, backed by The Blackstone Group, is aiming for a first close on its fifth private equity fund this month as fundraising for Brazilian private equity is expected to heat up, according to two people with knowledge of the fundraising.

Patria Brazilian Private Equity Fund V hit the market in the first quarter with a $1.5 billion target, and could collect up to $1 billion by its first close, according to one of the sources, one of whom is a limited partner who has heard the fund pitch. Park Hill Group is working as placement agent on the fundraising.

The firm, led by four managing partners, closed its fourth private equity fund on $1.25 billion in 2011 after less than a year in the market. Fund IV was generating a 0.74x multiple as of March 31, 2013, according to performance data from the New York State Common Retirement Fund.

Fund III, which closed on about $630 million in 2008, was producing a 19.2 percent internal rate of return and a 1.6x investment multiple as of Sept. 30, 2013, according to the California Public Employees Retirement System.

Patria is one of the big players in Brazilian private equity, along with Grupo BTG Pactual and Gavea Investimentos. Fundraising for Brazil was way down last year; private equity and venture firms raised $2.34 billion, down 35 percent compared with 2012, according to the Latin American Private Equity and Venture Capital Association.

However, Cate Ambrose, LAVCA’s president, told Reuters earlier this month fundraising will gain momentum this year. Slower growth and eroding confidence, along with a weaker currency, have helped to depress asset values and increased attractiveness of buyout targets, she said, according to Reuters.