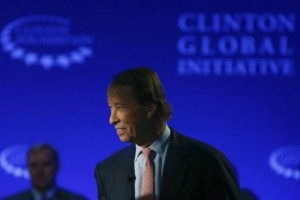 Blackstone Group LP has reached out to its biggest fund investors about investing in a new investment vehicle with a longer investment horizon than the typical 10-year private equity fund, according to people familiar with the matter.

Dubbed “core” private equity, this vehicle would invest in slower-growing but safer companies, use less debt in buyouts and charge investors lower fees than most private equity funds, these people said. Blackstone is seeking as much as $2 billion apiece from five to six of its biggest public pension fund and sovereign wealth fund investors for the strategy, the people said.

Aspects of the strategy, including the exact fees and holding periods for investments, are still being worked out, these people said. They added that the idea is still at an exploratory stage and may not take off.
A Blackstone spokesman declined to comment. The biggest investors in Blackstone’s funds include the California Public Employees’ Retirement System, the New Jersey State Investment Council and China Investment Corp.

[contextly_sidebar id=”4fKZhi2BivvXAU8Nzp1jFTaxIqmrOQ04″]The move underscores how Blackstone is looking to boost its valuation as a publicly listed company by managing more permanent capital and further diversifying its model of buying and selling companies. Blackstone is already the world’s largest alternative asset manager, with $284.4 billion in assets under management as of the end of September spanning private equity, real estate, credit and funds of hedge funds.

A higher stock valuation would benefit Blackstone shareholders, of whom the company’s employees form the largest group. Chief Executive Stephen Schwarzman is the biggest holder by far, owning about a fifth of the firm. In 2013, Schwarzman collected $352.5 million from dividends from his Blackstone shares.

The new strategy also would help Blackstone address what has been a frustration for some buyout firms and a source of envy when they compare their investment vehicles with Warren Buffett’s Berkshire Hathaway Inc. In this vehicle, Blackstone would not be forced to sell successful companies too soon because the fund is running out of time.

Most private equity investors however, also known as limited partners, prefer the traditional buyouts because they deliver high annualized returns. The prospect of lower returns may not be an easy sell.

“The fact that investors will pay lower fees is positive. But the question is whether the net returns will still be high enough to justify investing in such a product as opposed to publicly listed stocks,” said Steven Kaplan, a University of Chicago finance professor whose research focuses on private equity.

In June, at Blackstone’s annual shareholder meeting, President Tony James acknowledged that the core private equity model would have challenges. Limited partners in its funds would likely say no to the prospect of a 10 percent to 12 percent return for a high-quality company when they can get 18 percent to 20 percent for private equity, James said. But he added that there could be ways around that.

The “core” model approach has already been applied to some alternative asset classes. Core real estate, for example, involves investing in safer, long-lease assets with less debt rather than riskier fixer-upper properties.

Blackstone, based in New York, began investing in what it calls core-plus real estate this year through separately managed investor accounts before combining them into a co-mingled fund.

A few firms such as General Atlantic LLC and Golden Gate Capital have also raised so-called evergreen or perpetual funds to invest in private equity, but they target the higher returns that Blackstone’s traditional private equity business does.

Blackstone, which does not want to abandon its established private equity business, has had to look at a differentiated “core” strategy to avoid conflicts with its traditional private equity funds, the sources said.

The firm first made its pitch on the new strategy to investors last summer at its annual limited partner summit in a confidential presentation, a copy of which was seen by Reuters.

This is because only up to two-thirds of the capital committed to a traditional private equity fund is invested at any one time, limited partners were told. As against that, Blackstone would invest the entire capital raised in a core private equity in one-go. The costs of buying and selling companies also add up over time, according to the presentation.

The popularity of the strategy may come down to the fees investors are charged.

While these have not been decided, Blackstone in its limited partner presentation offered an example of a core fund that took 15 percent of profits in the form of carried interest, a divergence from the almost universal 20 percent industry standard in private equity.