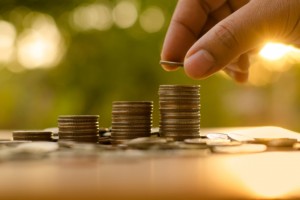 The Blackstone Group, on a fundraising tear this year, is expected back in market in rapid-fire time with its next private equity secondaries fund in September that could target $5.5 billion, according to two people with knowledge of the firm.

The goal for the next vehicle is not clear, but one of the people said the fund could target $5.5 billion. There is no hard cap, so the dollar amount could be even greater, the source said.

Fund VII is set to launch in September and the firm hopes to have a first close in January, said one of the people, an LP who has heard the fund pitch.

This is a quick turnaround for the secondaries group, called Strategic Partners, which closed its prior Fund VI in October on $4.4 billion. That fund, which beat its $3.5 billion target, began investing in April 2014, according to a Blackstone statement at the time. Blackstone acquired Strategic Partners from Credit Suisse in 2013.

Strategic Partners is led by Stephen Can and Verdun Perry. The group, with more than 30 professionals, targets investments that range widely in size. It will buy single fund commitments of $1 million to full portfolios of more than $1 billion, according to Blackstone’s website.

The group got its start in 2000 and has raised more than $16 billion, completed more than 800 deals and acquired more than 2,100 LP interests, Blackstone’s website said. Strategic Partners focuses on buying stakes in buyout, mezzanine/distressed, real estate, venture capital and funds-of-funds.

Strategic Partners is one of several funds Blackstone is raising, including its seventh flagship vehicle, which has a cap of $17.5 billion. The firm also is raising a second separate account vehicle called Tactical Opportunities Fund, which had raised $1.2 billion as of July, for a total of $4.3 billion.