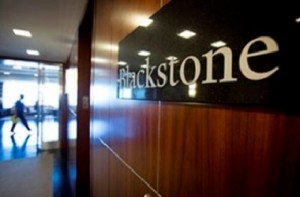 (Reuters) — Blackstone Group, the world’s largest alternative asset manager, on Thursday posted unexpectedly weak earnings growth between January and March, hit by a difficult financial market, but it promised to scour for bargains in a tough environment.

The earnings report resonated with a cooldown in private equity dealmaking this year, as the market for high-yield bonds and loans, the lifeblood of private equity, struggles to recover after stumbling late last year.

New York-based Blackstone said its economic net income (ENI) slumped 77 percent on a yearly basis to 31 cents per share between January and March. Analysts had expected ENI per share to drop to 37 cents in the quarter from $1.37 a year earlier, according to Thomson Reuters I/B/E/S.

ENI is a key earnings metric for U.S. private equity firms that accounts for unrealized gains or losses in investments, also known as the mark-to-market value.

Tough market conditions meant Blackstone was not able to sell some investments for a handsome profit and as a result, had much less cash to return to investors.

Distributable earnings, which show the cash that Blackstone has to pay as dividends, dropped 69 percent to 33 cents compared with a year ago.

But Michael Chae, chief financial officer at Blackstone, said despite the soft start to the year, there was a chance that 2016 may be a “significant year” for Blackstone to buy assets from or issue loans to troubled firms at bargain prices.

To that end, he said Blackstone is raising its third mezzanine fund that could be $6 billion in size.

We “see a moment of opportunity”, Chae said.

The report showed all of Blackstone’s main businesses had cashed in on fewer investments. The asset manager’s highly profitable real estate arm sold $3.5 billion worth of holdings between January and March, less than half of the $9.1 billion worth of investments sold in the same period a year ago.

Spooked by tumbling oil prices and scuppered financing for a handful of takeovers late last year, the high-yield bond and loan market has slowed since November and has yet to fully recover.

But even in a challenging market, investors handed Blackstone more cash to manage. Assets under management grew 11 percent to a record $343.7 billion, ranking the firm comfortably as the world’s largest alternative asset manager.