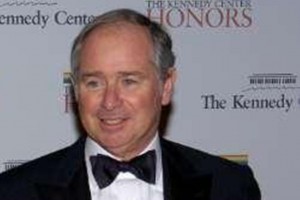 The Blackstone Group LP is targeting “early 2015” for a first close on its next flagship private equity fund, which has recently started fundraising, according to three people with knowledge of the situation.

Blackstone started contacting limited partners about the launch of Blackstone Capital Partners Fund VII in recent weeks through a call hosted by Joe Baratta, the firm’s global head of private equity, and an email blast, according to two of the sources, both LPs in the market.

The target on Fund VII will be around $16 billion, though one LP source said there is no cap on the fund. Blackstone declined to comment.

Blackstone announced during its investor day earlier this year it would likely target a similar amount to its $16 billion Fund VI, which closed in 2012. Fund VI was generating a 17.5 percent internal rate of return and a 1.2x multiple as of March 31, 2014, according to performance information from the California Public Employees’ Retirement System.

Fund V, a 2006 vintage that collected $21.6 billion, was producing 6.9 percent IRR and a 1.4x multiple as of the same date, according to CalPERS. Fund V, which not been a great performer compared to other Blackstone funds, crossed its preferred return threshold and generated $509 million in performance fees in the second quarter, according to Blackstone’s latest earnings report.

Fund VI began investing in January 2011 and is about 66 percent deployed, according to the two LPs. As of June 30, Fund VI had about $8.6 billion left to invest, according to the firm’s second quarter earnings report. That number likely will have changed once the third quarter report is published in October.

Still, this makes the launch of Fund VII slightly early, according to one of the LPs, who is not an existing investor in Fund VI. “We’re not in that fund; if we were, we’d be a little surprised they were gearing up this soon,” the LP said.

However, Blackstone likely is looking to take advantage of the bullish private equity fundraising market, according to one of the LPs. Prospective investors are eager to invest in the asset class, but in general want to commit more money to fewer managers.

There are more private equity funds in the market today than ever before, Preqin reported recently, and it can be tough to stand out in the crowd. As illustrated by Hellman & Friedman’s frenetic fundraising for its eighth fund, which is set to hit its $10.25 billion hard cap after only a matter of months on the fundraising trail, top firms are able to hit their targets in quick time.