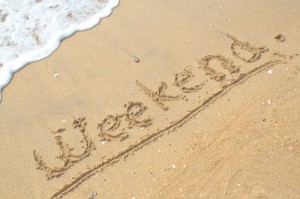 We’re past the mid-year point, everybody. How did that happen?! Seems hard to imagine private equity-driven M&A will pick up even more in the second half, but that’s the general sentiment I’m hearing. Elsewhere…

The moment isn’t over: Despite a major slowing in SPAC IPO issuances in the second quarter, a recent survey conducted by law firm Katten Muchin Rosenman LLP suggests most remain enthusiastic on the future SPAC market.

(In breaking mega-SPAC news… Bill Ackman’s SPAC is reportedly nearing what could be the largest-ever such deal on record. Pershing Square Tontine Holdings is in negotiations to merge with Universal Music Group in a transaction that would value the world’s largest music business at about $40 billion, the Wall Street Journal reported early this morning, citing people familiar with the matter. Ackman on Friday confirmed the talks. Read more here.)

Katten’s poll, which encompassed 100 respondents – private equity, venture capital, hedge funds, and investment banks — revealed continued, undaunted optimism: 72 percent of investors who have participated in a SPAC transaction agree (with 44 percent of those strongly agreeing) that SPAC IPO activity will be strong through at least 2022. Those who have not participated in a SPAC are more skeptical – just 32 percent feel that activity will be strong through 2022, the survey found.

Overall, more than 69 percent of respondents in the poll believe that SPACs are a favorable investment opportunity over the longer term.

“Our findings make it clear that even with this dip, investors are eager for more SPACs,” says Kimberly Smith, Partner and global chair of Katten’s Corporate department. “And while regulatory scrutiny or shifting market conditions could curb their appetite, it seems safe to say that SPACs aren’t going away.”

Not surprisingly, increased SEC scrutiny of SPAC disclosures was found to be the top factor contributing to the deceleration of issuances, followed by the increased risk of litigation. (56% and 52% of respondents, respectively, selected these two deterrents.) More clarity on SEC guidance and counsel on mitigating litigation risk should help the SPAC market regain momentum, Katten said.

Do you agree or disagree with these findings? Write to me at springle@buyoutsinsider.com, and check out Katten’s full report here — “SPAC to The Future: Despite Slowdown, SPACs Continue to Be Viewed as Favorable Investment Opportunities”.

Online everything: Blackstone recently joined the investor base of ready-to-assemble furniture company Walker Edison, betting that consumers will continue buying more furniture online even in a post-pandemic world.

David Fiorentino, partner at Prospect Hill, believes the furnishings business will enjoy growth even without a covid sales boost. “As we look at the business today, we take comfort in knowing that we only had a slightly increased growth rate in the covid year,” he said.

Now… through its partnership with Blackstone, Walker Edison gains access to the global shop’s in-house data science team and large warehousing capabilities among other resources.

That’s it for me! Have a great weekend, and keep on hitting me up with tips, ideas or feedback at springle@buyoutsinsider.com.