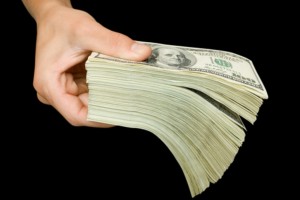 The Blackstone Group has raised about $4.6 billion for its Tactical Opportunities business after securing a $500 million commitment from the New York State Common Retirement Fund.

The Tactical Opportunities fund is just about finished fundraising, staying open to allow in some last-minute investors, according to a person with knowledge of the fundraising. It’s not clear if the fund will close on much above the $4.6 billion level. Blackstone declined to comment.

Blackstone reported in October in its third-quarter earnings report that it had raised $3.7 billion for the tactical opportunities fund. A person at the time told peHUB the firm had actually collected $4 billion.

TacOpps is Blackstone’s separate accounts business that provides individual limited partners customized exposure to investment opportunities across asset classes. The business has huge mandates with individual LPs such as the state pension systems of New Jersey, as well as a fund of separate accounts for investors who make smaller commitments.

New York State Common Retirement Fund, with $160.7 billion in assets, announced its $500 million commitment to tactical opportunities last week. The state’s comptroller, who oversees the pension fund, said the system “is committed to investing where we see opportunities to achieve above average returns for our retirees and beneficiaries. With this $500 million commitment we are moving forward with plans to invest significantly in this space.”

The system became motivated to invest in what it calls opportunistic asset classes after the global financial crisis, said Vicki Fuller, the Common Fund’s chief investment officer, in a statement.

“This asset class will allow the fund to be dynamic and invest in cross-asset transactions while giving us the flexibility to go where we see the opportunities. We will use our capital strategically so that if the world changes, this portfolio will change,” Fuller said.