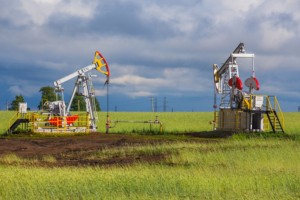 The move indicates Blackstone is betting that the bonds of some exploration and production companies that rode North America’s oil and natural gas boom are now undervalued, or could be in the near future, following the plunge in crude oil prices.

Not only has the oil price collapse put acute pressure on energy companies with weak balance sheets or high production costs, it has also hurt sales for related services companies that sell everything from sand to drilling rigs to temporary housing.

GSO Capital Partners LP, Blackstone’s credit investment arm, has approached many of its existing investors to quickly raise between $500 million and $1 billion to invest in traded debt securities in the energy sector, the sources said.

A Blackstone spokesman declined to comment. The sources asked not to be identified because the fundraising is confidential.

GSO’s new corporate energy credit fund is just the latest in a series of such funds being raised in the aftermath of oil prices falling more than 50 percent since the middle of last year. Apollo Global Management LLC (APO.N), for example, disclosed in a regulatory filing last week that it was raising a new fund to invest in less liquid or illiquid credit products in energy businesses.

Unlike Apollo’s fund, though, the new GSO fund will invest primarily in the liquid corporate energy credit markets. This means it will seek to buy the traded debt of energy companies for the most part, rather than lend to them directly.

“If you buy something that has a 12 percent yield to maturity, and the maturity is for ten years, but oil prices recover in two or three years, you will make a 25 percent rate of return over a two- or three-year time frame,” one of the sources said.

One strategy that GSO’s new energy credit fund will deploy is to invest in companies, some private equity-owned, whose bonds are trading at distressed levels. This could put GSO in a position to take an equity stake through the restructuring of a company’s debt and benefit from any recovery in its valuation.

“It’s going to be a very quick market dislocation and it may be relatively short-lived. You have to have enough experience in this sector to time it effectively,” said Andrea Kramer, a managing director at Hamilton Lane Advisors LLC, which has over $220 billion in assets under management and supervision.

The new GSO credit fund will be looking to balance its portfolio by investing in lower-risk, lower-return debt securities, according to the one source.

Buyout firms raised $17.5 billion globally in 2014 for private equity funds dedicated to natural resources, according to market research firm Preqin. Blackstone has just finished raising its second energy-focused buyout fund, amassing $4.5 billion. The New York-based firm began raising that fund in the first half of 2014, before oil prices started to slide precipitously in the second half.

Leveraged buyouts of energy companies, however, have been few and far between, because lower valuations have made owners reluctant to sell. Any decreases in exploration activity as a result of the lower oil prices also means there could be fewer opportunities for private equity firms wanting to provide seed capital to new oil and gas companies.

GSO already has a dedicated energy team that makes investments in the sector, using capital from general credit funds. Earlier this month, for example, GSO’s rescue-lending fund and related vehicles agreed to commit up to $500 million for five years to fund the drilling program of oil and natural gas exploration company LINN Energy LLC (LINE.O).