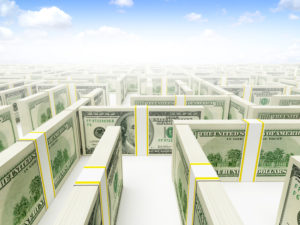 Deals involving solar power, aluminum extrusion and mold making are featured on PE Hub and PE Hub Europe today. Before we get to those stories, let’s take a quick look at Blackstone’s just announced partnership with Resolution Life.

That’s Life. The New York PE firm and the life insurance group plan to raise $3 billion of new equity capital commitments – including a $500 million strategic investment from Blackstone – bringing the insurer’s overall equity capital base to more than $8 billion, states the press release. The fresh capital will be raised through a newly established perpetual capital vehicle, with Blackstone serving as the GP. Most of Resolution Life’s existing investors, including its largest, Nippon Life, are expected to roll their investments into the vehicle.

Resolution Life is a global life insurance group focused on the acquisition and management of portfolios of life insurance policies. It has operations in Bermuda, the U.K., the U.S., Australia, New Zealand and Singapore.

The partnership marks “the latest example of a private equity firm linking up with an insurer to secure more assets to manage and an insurer handing over management of its assets in search of higher returns,” as the Wall Street Journal points out. “It will be the fourth such deal for Blackstone, which has already struck similar partnerships with F&G, part of Fidelity National Financial Inc.; a former life-insurance unit of Allstate Corp.; and Corebridge Financial, the life-insurance and retirement-services unit spun out of American International Group Inc.”

Based in Austin, Texas, Greenbelt last week made a majority investment in Albuquerque, New Mexico-based Unirac, which specializes in solar photovoltaic mounting.

“Given the steadily increasing cost of utilities, the economics of going solar are very compelling,” said Murphy. “We are also in an environment where many constituents are looking for more sustainable forms of energy, and solar is a great way to provide that.”
He continued: “One thing that really impressed us with the management team at Unirac has been their ability to navigate the supply chain challenges that has impacted products, services and businesses across all industries,” he said. “They have a very efficient and nimble global supply chain that has allowed them to provide products on time schedule relative to the competition.”

To scale Unirac, Murphy said Greenbelt is looking forward to both organic and inorganic growth.

“There is definitely an M&A story that we were drawn to within the solar product space, and we think Unirac is a compelling platform to act as the acquirer of choice within that sector,” he said.

Extol is a specialty extruder and manufacturer of custom aluminum parts with facilities in Toledo, Spain – where the company is headquartered – and in Nantes, France.

AFE is an aluminum extruder serving the construction, transportation and industrial sectors. It is headquartered and has facilities in Saint-Florentin in France, with additional facilities in Ham, France.

The deal creates France’s second-largest and Europe’s sixth-largest aluminum extruder, according to OpenGate.

To find out more about OpenGate’s plans for ASG, including exit aspirations, read Nina’s story on PE Hub Europe.

Making molds. Another deal the PE Hub Europe team reported on today is the 13th acquisition made by Crestview Partners-backed SyBridge Technologies. The purchase of Galway Tool & Mould marks Detroit-based SyBridge’s first acquisition in Europe. Headquartered in its namesake Galway, Ireland, the target designs and manufactures molds primarily for the pharmaceutical and medical device industries.

SyBridge was established in 2019 by New York-based Crestview.

Extra! Extra! Read All About It! Are you signed up to receive Dealflow, PE Hub Europe’s daily newsletter?

Today’s edition, written by PE Hub Europe editor Craig McGlashan, explains why Blair Jacobson, co-head of European credit at Ares, says that “everything in the UK is on sale.”
Click here to read the online version of Dealflow.

We launched PE Hub Europe over the summer, and we’re offering access to it for free this fall for a limited time only.

To receive all the news and insights in private equity-backed dealmaking in Europe, sign up for PE Hub Europe and Dealflow here.

Dear reader. PE Hub has launched a new reader survey, and we’d love to hear from you. Let us know how we’re doing at the survey here.

As always, you can reach out to me at mk.flynn@peimedia.com.

PE Hub’s Aaron Weitzman will be on duty tomorrow for the Fri-yay version of the Wire.

I’ll see you back here on Monday.