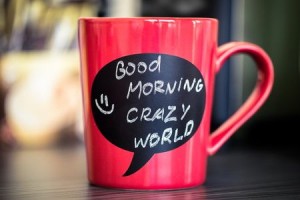 Mike Bloomberg has not released his tax records even as other Democratic candidates have opened their books. He also received an extension through March 20 to file his financial disclosure form, which means millions of Americans will have voted in Democratic primaries by the time he has to reveal details about his wealth to the world.

Recent reporting gives a tiny glimpse into some of Bloomberg’s holdings, including exposure to Sycamore Partners through his family office, according to this report from The Intercept, based on documents from law firm Appleby.

The documents reveal that three Willett Advisors funds (Bloomberg’s family office) committed $136 million to Sycamore Partners in 2014. At that time, Sycamore was raising its second fund, which closed that year on $2.5 billion.

Willett is led by Steve Rattner, the former head of Quadrangle Group and President Obama’s former auto czar who focused on restructuring the auto industry after the great financial crisis. Rattner settled with the SEC back in 2010 for Quadrangle’s alleged use of a political fixer to raise funds from New York’s state pension system. Rattner was charged with paying kickbacks and funding distribution of a low budget movie called “Chooch” made by the brother of the pension’s chief investment officer at the time.

Bloomberg meanwhile has not yet come out with rigorous policies governing private equity like what we’ve seen from Sen. Elizabeth Warren, a rival Democratic presidential candidate. His tax plan calls for changing the tax treatment of carried interest as ordinary income, rather than the lower capital gains rate.

Packaging: Morgan Stanley Capital Partners wants to build out a platform in healthcare packaging with its investment in Comar, write Sarah Pringle on PE Hub. Comar, with its recent acquisition of iMark Molding, surpassed $200 million in revenue, Sarah writes.

The healthcare packaging market has room for consolidation, Pringle writes. Comar will generally target companies in U.S. and Europe with EBITDA of $5 million and more.

Assets in healthcare packaging have commanded mid-teens multiples of EBITDA recently, at a premium to packaging assets in other end-markets, Sarah writes. Check out the story here.

Top Scoops
Castanea Partners, formed in 2001, lost a big chunk of its investment team last year, including Managing Partners Steve Berg. The firm, which made headlines with its 2009 investment in Urban Decay, is not likely to raise a new fund, sources told me. I couldn’t confirm that with Castanea’s two founding partners Rob Smith and Brian Knez.

Berg, who worked at Castanea from March 2002 to September, formed a new firm called Stride Consumer Partners along with Juan Marcos Hill, a partner at Castanea who worked at the firm from June 2002 to October, his LinkedIn profile said. Read my story here.