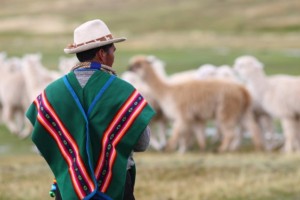 We here at peHUB have a special place in our heart for Latin America. I’m not sure why – maybe it’s the long miles of pristine beaches, or because one of our favorite novels of all time is “Love in the Time of Cholera.”

This year we’ve been tracking the resurgence of private equity fundraising in the region, especially Brazil, where several big-name firms have made their way back to the markets in search of capital.

The largely anecdotal evidence can now be backed up with hard numbers from the Latin American Private Equity & Venture Capital Association. LAVCA found managers raised $3.5 billion in the first half with the expectation that some big fund closes will push second half fundraising totals to around $5 billion to $5.5 billion. The full year tally could hit $8 billion, according to LAVCA.

[contextly_sidebar id=”7lTKlcpAQj93Y1GbKL9xjxFvOiPzuCKy”]That would be a big stretch over 2013, when private equity collected $5.5 billion. An $8 billion tally would put this year close to peak fundraising years in Latin America in 2011, when managers raised $10.2 billion, and 2010, when firms collected just over $8 billion, according to LAVCA numbers.

Fundraising this year is being driven by several big-ticket firms, including Pátria Investimentos, Gávea Investimentos, Advent International, BTG Pactual and The Carlyle Group. Pátria earlier this year closed its fifth private equity fund on $1.8 billion and sources have told me Gávea, which is backed by JPMorgan, is very close to closing its latest offering.

“This is a dynamic period for private equity fundraising,” said Cate Ambrose, president and executive director at LAVCA.

Middle market firms, however, are in the market as well, including Neo Investimentos, which is raising its third fund targeting a total of $300 million, including $150 million from international investors for the first time.

Some limited partners that look for managers to back in Latin America have been taking a cautious approach as more capital flows into the region. The firms most investors want to back are the biggest names, and the concern is those few firms will be chasing the same deals, according to two LPs who focus on Latin America.

“We have concerns about the market, from 2010, 2011 to now,” one LP said. “We’re concerned about the currency, about the amount of money being raised.”

Meanwhile, as peHUB reported earlier, investment in Latin America fell 10 percent in the first half. Private equity deployed $2.57 billion into 93 deals in the first six months of 2014 from global firms like Kohlberg Kravis Roberts & Co, Bain Capital, General Atlantic and The Carlyle Group.