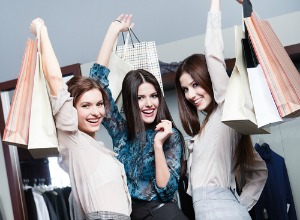 Private equity has been making some big bets this year (just like Dick Schulze has been looking for anyone willing to make a mega-bet alongside him). Plunging into spaces like retail and media & entertainment, private equity firms appeared willing anew to pursue bets in sectors that hadn’t gone well for prior sponsors in the wake of the last boom. In other industries, like energy and power and financials, private equity stuck to its knitting, making deals that have come to typify some LBO shops. Today, peHUB breaks 2012’s Thomson Reuters data down for the first 11 months of the year.
[slideshow]

[slide title=”High Technology”]
High technology was the biggest deal category of 2012 leading up to Nov. 30; Thomson Reuters data shows that more than $18 billion in PE deals were done totaling 185 transactions. This put high tech as the #1 deal category of the year, taking 19.7 of the market share. Remember Thoma Bravo’s $1.1 billion Deltek deal earlier this year? PE has been spending big.

[slide title=”Energy & Power”]
For the last few years, a popular space for PE, energy and power deals have been a regular play for big private equity firms like KKR. It was KKR that joined up with Chesapeake Energy earlier this year for oil and gas interests, and for the first 11 months of the year, the industry occupied 17% of LBO deals. That means more than $15.6 billion spent on 71 deals, making energy & power the number-two sector of the year so far.

[slide title=”Retail”]
Deals like those for PF Chang’s China Bistro and David’s Bridal helped retail deals jump back onto center stage. According to Thomson Reuters data, this accounted for 11.4% of PE transactions through most of 2012, across $10.4 billion worth of deals in 54 transactions. One survey noted that deals in the space rose 15% year over year for the first nine months of 2012.

[slide title=”Media & Entertainment”]
Private equity firms have been entertaining themselves with deals in the media & entertainment space this year. For the first 11 months of the year, 10.3% of deal volume was generated in the space. That translates to about $9.5 billion worth of transactions across 72 deals, according to Thomson Reuters data.

[slide title=”Financials”]
Private equity has made quite a few bets on financials this year, as well. Carlyle’s TCW play is just one such example. PE shops spent $8.23 billion on 74 deals in the financials space in the first 11 months of the year this year, accounting for nine percent of the dealflow.