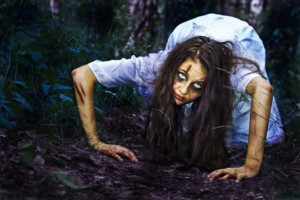 When does a GP become a zombie?

Yesterday, peHUB reported that Brockway Moran & Partners would not be raising another fund. The Boca Raton, Fla.-based private equity firm had been expected to come to market with its fourth pool last year. Brockway Moran hasn’t raised a fund since 2006 when it collected $700 million for its third fund.

One placement agent, in the story, said that Brockway Moran was a “definite zombie,” and peHub Wire has described the firm as joining the ranks of the “living dead.” Zombie is a term typically used to refer to a fund whose GP can’t raise another fund. Some industry insiders would consider for zombie status a fund past its investment period, while others believe it should be further along in its life cycle. Regardless, such firms are a big issue in the PE industry. More than $116 billion of assets are trapped in zombie funds that are past their primes but still rake in fees from investors, Reuters recently reported.

Peter Brockway, who co-founded the firm in 1998 and is a managing partner, is confirming that his PE firm will not be raising a new fund. But he has issues with the use of the term “zombie.” Here are Brockway’s comments printed in their entirety:

“We are proud of our first two funds, and actively working Fund III which is far from complete, but not up to our historic standards. Fund III has a number of very promising, young investments. I seriously question the use of the word ‘zombie’ by an unnamed placement agent in your article. There is no doubt we will not raise another fund under the Brockway Moran & Partners banner, which we decided a long time ago. That being said, I think the word ‘zombie’ was coined to describe funds well past their stated life (typically 10 years) that were doing little to manage their portfolio companies, while collecting (some would say milking) management fees. That’s a ‘zombie.’

“In contrast, Fund III is still young, between 6 and 7 years old, thus well under its 10 year initial life. The portfolio companies are being very actively worked (just ask our CEOs), and we intend to the extent humanly possible, and in the best interests of our LP’s, to realize our portfolio within the time frame originally contemplated by our LP agreement. In the last year, we have completed 7 acquisitions and 2 dividend recaps, while also aggressively growing companies like The Vintner Group and MD Now through organic expansion. We feel a great deal of responsibility to our investors, and are working the portfolio hard with our 10 experienced professionals, working to achieve the best results possible, all in context of the original time frame contemplated when we started the Fund. We are proud of that focus, which we firmly believe is very LP friendly.”