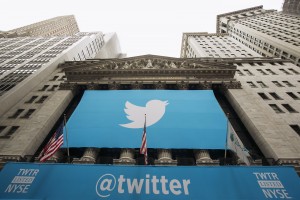 Ponying up. Elon Musk has raised $7.1 billion for his takeover of Twitter from a slew of private investment firms, including Brookfield, Fidelity and Sequoia, and wealthy individuals, including Oracle co-founder Larry Ellison and Prince al-Waleed bin Talal of Saudi Arabia, according to a Wednesday filing with the SEC. The new investments cut in half the amount Musk needs to borrow against his Tesla stake and shrinks the balance of cash he needs to put up personally to just under $20 billion, reports the Wall Street Journal.

Ebb and flow. With the Federal Reserve’s move Wednesday to raise its benchmark interest rate by half a percentage point, the biggest hike since 2000, PE Hub checked in with Michael Ewald, global head of private credit, Bain Capital Credit.

“The prospect of inflation and rising interest rates, presumably even above the Fed’s latest hike, hasn’t changed how we think about investing capital nor our investment approach,” Ewald said.

“Right now, we are seeing the collision of sponsors sitting on plenty of dry powder to invest against the backdrop of a slow growth economy with rising rates and increasing inflation,” Ewald said. “The uncertainty around growth rates could temper buyers’ enthusiasm and create a disconnect with sellers. PE sponsors may have certain price expectations for their exits based on past comparable deals for similar businesses, and buyers might not be willing to pay that premium because of muted growth expectations. This could result in sponsors opting to hold onto their companies for a bit longer to show they can operate well in this sort of economic environment. So, for the remainder of 2022, we expect dealmaking to continue to be steady, but unlikely to be record breaking like 2021.”

The mid-market continues to hold its appeal to Bain. “We remain attracted to the core mid-market – what we consider to be companies with $25 million to $75 million in EBITDA – because these companies tend to be nimbler and have a business model that is niche enough that it won’t ebb and flow just with its industry or the broader economy,” Ewald said.

“We have the benefit of being able to leverage Bain Capital’s global platform to maintain our selectivity and discipline when choosing which new investment opportunities to underwrite. We enjoyed an active 2021, having invested nearly $3 billion across more than 100 portfolio companies, and we’re encouraged by our current pipeline.”

For more on the lending perspective in PE-backed deals, see my recent Q&A with Randy Schwimmer, co-head of senior lending at Churchill Asset Management and founder and publisher of The Lead Left.

Secondaries sale. “Connecticut’s state pension system is gearing up for a sale of fund stakes out of its private equity portfolio, following the path of several other large state plans using the secondaries market to rebalance their allocations,” reports Buyouts’ Chris Witkowsky. “Connecticut Retirement Plans and Trust Funds could sell a portfolio valued at around $400 million to $500 million, two sources told Buyouts. Though that could change as the system works with a secondaries adviser – Mozaic Capital Advisors – on figuring out exactly what to sell.” Read more here.

Tech and healthcare deals. Welsh Carson Anderson & Stowe collected an initial $4 billion-plus for a 14th flagship buyout offering, reports Buyouts’ Kirk Falconer. The fundraising was reported last week by the firm in Form D documents. The vehicle has a hard cap of $5.5 billion, sources told Buyouts. Welsh Carson declined to comment. The New York firm makes control investments of $250 million to $500 million in category-leading US mid-market healthcare and tech companies, typically with values of $250 million to $1.5 billion. Fund XIV is expected to make 14 to 16 investments, a Connecticut Retirement Plans and Trust Funds report said. In March, the firm said it agreed to acquire a majority stake in Liberty, a dental benefits administrator, alongside Anthem as a minority partner. Earlier, it invested in Linq, a K-12 operations tech provider, joining existing backer Banneker Partners.

That’s all for now. I’ll be back with tomorrow’s Wire.