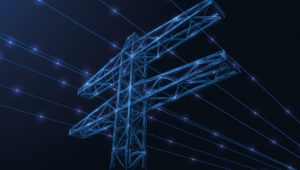 Signs and signals. The consumer price index just came out, and it rose less than expected in October, suggesting inflation may be slowing.

Another bit of encouraging news on the M&A front: there’s a big bid in the energy sector. And deals involving wealth managers are proliferating in Europe, as well as in the US.

Energy transition. Origin Energy announced that it has received an $11.9 billion offer from a consortium led by Brookfield Asset Management, with participation from MidOcean Energy.

The announcement comes amid the so-called energy transition, a broad move away from fossil-based systems of energy, such as oil, natural gas and coal, to renewable sources like wind and solar. Liquefied natural gas (LNG) is considered the “cleanest” fossil fuel, because it produces fewer emissions than oil or coal.

Headquartered in Sydney, Australia, Origin is a major shareholder in the Australia Pacific LNG plant and has benefited from rising prices of LNG since the Russian invasion of Ukraine.

The bid proposes that ultimately Brookfield would acquire Origin’s Energy Markets business, and MidOcean would acquire the Integrated Gas business. MidOcean Energy is an LNG company formed and managed by EIG, an institutional investor in the global energy and infrastructure sectors.

“Over the past year, Origin has executed a number of important strategic initiatives that have strengthened the balance sheet, sharpened our strategic focus and positioned the company to prosper from the energy transition,” Origin CEO Frank Calabria said in a statement. “At the same time, we have a dedicated, engaged and highly-skilled workforce who are committed to delivering good outcomes for our customers and communities. We believe Origin is in a strong position to lead the energy transition, capture opportunities and create value for shareholders.”

Oil and gas private equity investors are seeing a resurgence this year after a decade of underinvestment, as PE Hub’s Obey Martin Manayiti reported in an in-depth feature earlier in November.

Uncertain times. Despite this morning’s CPI news, there’s still plenty to worry about on the economic front, and people the world over are turning to professionals for help managing their money.

That’s translating into an uptick in deals involving wealth managers.

In the US, PE Hub has seen Mercer Advisors, backed by Oak Hill and Genstar, make 15 acquisitions this year. You can read more about that here.

“Many individuals are turning to wealth managers for financial advice,” Craig writes. “An ageing European population with large savings pools is only likely to push that trend forward.”

Look to PE Hub Europe for:
• The latest deal terms and pricing to bolster your negotiations
• Deal trend analysis to know if a sector is hot or overheated
• Relevant and accurate intelligence on fund manager activity
• Rare insight about fresh investment opportunities & pending deals

We are currently offering complimentary access to PE Hub Europe. Sign in or register to start reading today!

That’s all for now. PE Hub’s Aaron Weitzman will be back tomorrow with the Fri-yay edition of the Wire, and I’ll see you on Monday.