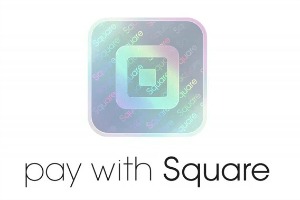 (Reuters) – Two years ago, employees from the start-up Square Inc descended on farmers markets in San Francisco to hand out a new type of credit-card reader that let small, independent merchants accept plastic via their smartphones or tablets.

But this month, when Starbucks Inc and Square announced that 7,000 coffee shops across the country would begin accepting payment through Square’s smartphone app, the small white cubes that were Square’s original calling card didn’t merit a mention.

The subtle shift in Square’s business focus, from card readers to nifty software, comes as one of Silicon Valley’s most highly-touted startups encounters the brutal realities of the arcane but lucrative electronic payments business.

Now on track to process $10 billion in payments a year, Square has attracted a furious response from established or deep-pocketed rivals who are determined to crush the San Francisco-based upstart.

In recent months, eBay Inc’s PayPal and Intuit have both released their own card readers, while retail giants including Wal-Mart and Target have announced a joint venture to develop their own mobile payment offering. Visa Inc and AT&T also boast of their own projects as does Google Inc, which continues to put muscle behind its Google Wallet product.

Square must now show that it can compete not just for food trucks and taxi drivers, but for large brick-and-mortar businesses and chain stores too.

“Our path is to have every single business in the U.S. use Square,” said Keith Rabois, chief operating officer and a former PayPal executive who heads Square’s day-to-day operations. “It won’t happen tomorrow, but it will happen.”

The bold talk belies the many hurdles facing the company, which is valued at $3.5 billion by private investors. Square makes money by taking a 2.75 percent cut for every transaction it processes. But more than half of that is immediately paid out to other companies, including the card’s issuing bank, card networks like Visa, and also JP Morgan Chase Paymentech, which manages funds on Square’s behalf.

With no cost advantage on the basic payment services, Square is marketing itself to merchants primarily as a software provider that can replace the bewildering array of intermediaries in credit card networks. Its Square Register app lets merchants take cards on an iPad, and also allows them to design customizable menus and loyalty programs that can be pushed out to customers’ phones.

Meanwhile, Square is hoping that as more and more shoppers download its consumer-facing Square Wallet app, they will begin using it not only as their main means of paying for goods, but also as a tool for finding nearby businesses and special deals, and eventually eliminating physical credit cards altogether.

In the case of the Starbucks tie-up, tellingly, Square actually does not play a part in the behind-the-scenes payment processing itself. Rather, it lets users order and pay for drinks on their smartphone before they arrive at the store with the payments themselves running through Starbucks’ existing system.

For Square, the Starbucks partnership was about encouraging consumers to download its app.

With five locations in Washington, D.C., Noah Dan, the owner of Pitango Gelato, is the type of convert that has helped drive Square’s growth.

Mostly, though, Dan was swayed by Square’s free software and the easily generated spreadsheets that tracked how many creamy gianduja gelatos or fresh pomegranate sorbets he sold.

This March, Dan threw out his old card readers, purchased a stack of iPads, and began using Square as his check-out register at all five branches.

“I was always thinking, ‘We have so much efficiency in business but why does point-of-sale have to be so painfully stupid?” Dan said. “Square was like answering a quick prayer.”

But going after bigger businesses presents a different set of challenges. Large retailers can negotiate their own credit card processing fees, and pay much less than 2.75 percent. Plus, they already have sophisticated sales-tracking software and loyalty programs.

Rabois disputed that Square could not be competitive for large retailers as it expands.

Because Square acts like an aggregator for its thousands of merchants, Rabois added, Square will be able to negotiate better rates with banks and credit card companies and improve its margins. Square’s daily transaction volume already makes it the equivalent of the 20th largest retailer in the United States, larger than, say, Trader Joe’s or the Gap.

Perhaps its biggest rival is PayPal, which released its “PayPal Here” card reader in March. PayPal likes to advertise its per-transaction fee, which is 0.05 percent lower than Square’s, and says it already accepts payments at more than 7,000 physical locations in the United States, including Jamba Juice and Abercrombie & Fitch stores.

PayPal, which came of age 10 years ago when it established itself as a popular method of paying online, is already hooked to bank accounts for its 117 million active users, said Hill Ferguson, a PayPal vice president. Now, PayPal simply needs to prod those users to use PayPal at physical store locations as well, he said.

“We have a really good headstart,” Ferguson said. “Paypal essentially created this category.”
In recent weeks, payments industry analysts have also been buzzing about Merchant Customer Exchange, a consortium of major retailers, led by Wal-Mart and Target, that was formed in August to develop mobile payment solutions.

As competition heats up, industry experts wonder how Square, which has yet to hire a substantial sales force, will make its pitch to millions of small and medium-sized businesses.

“Small business owners are tough to reach because they’re working in their stores all day, every day,” said Logan LaHive, the founder of Belly, a digital loyalty card service that has been flooding the streets of U.S. cities with sales people.

Under CEO Jack Dorsey, who gained fame as the inventor of Twitter, Square has adhered religiously to a design-first philosophy that prizes simplicity and aesthetics. The powerful undercurrent runs even to office decor: At the entrance to the company’s office, a security guard and a receptionist work on plastic white Macbook laptops, a discontinued model that nevertheless matches the office’s monochromatic color scheme.

For small business owners, at least, the slickness of Square’s software design has proved to be alluring.

In Houston, Matt Jeffryes, who started Crescent Moon Coffee with his mother, said salesmen from other card processors have pitched him with better rates after he converted to Square, and he has also seriously considered switching to PayPal Here. But he stuck with Square because he found its software interface to be useful and intuitive, and his customers paid him occasional compliments on the payment method.

“If you look purely at the cost factor, they weren’t very competitive,” Jeffryes said. “But having that whole package was more important than saving a fraction of a cent in a transaction.”

That allowed his mother to focus on what she was best at, Jeffryes said: “Making a great cup of coffee.”