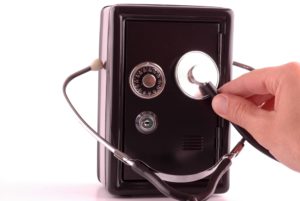 (Reuters) – Scrutiny by U.S. regulators is reshaping the leveraged loan market as bankers complain that the Office of the Comptroller of the Currency enforces leveraged lending guidance more stringently than the Federal Reserve.

U.S. commercial banks, which are under tougher OCC scrutiny, have slipped in the underwriting ranks in the second quarter versus a year earlier whereas investment and foreign banks, regulated by a seemingly more lenient Federal Reserve, have climbed in the standings, sister service Thomson Reuters Loan Pricing Corp reported. LPC’s second-quarter U.S. leveraged loan league tables compared with the same quarter a year ago show the uneven playing field that industry players said would result from a disparity in enforcement of federal leveraged lending guidelines, which are meant to tame systemic risk.

“This year the European banks are at the top of the league tables because the Fed is more generous than the OCC,” a senior banker at a U.S. bank said. “There is a dislocation as a result of the uneven application of the framework. The OCC is brutal.”

Fed-regulated U.S. banks—JPMorgan, Wells Fargo and Citibank—were the top three underwriters of U.S. leveraged loans in the second quarter of last year, but slipped to fourth place, 11th place and 10th place, respectively, in the same quarter this year. “You’ve seen a real difference in the way the enforcement of the leveraged lending guidance is being handled,” said Jeremy Swan, principal in the private equity industry practice at accounting and advisory firm CohnReznick.

Banks regulated by the OCC are having to lend more conservatively or walk away from deals. “Under the OCC umbrella, the enforcement is much more aggressive than under the Fed umbrella, and those banks are being much more wary. The Fed has not really moved into enforcement execution mode,” Swan said.

Credit Suisse, Barclays and Deutsche Bank each declined to comment.

Credit Suisse did hold first place for the first nine months of last year overall before the guidance enforcement kicked up a notch. Citi, though, was in third place in that period and has fallen to 12th place in the first half of this year, LPC data show. Fed-regulated Barclays and Credit Suisse hold the top two spots in the first half of this year, with OCC-regulated JPMorgan in third.

All of the banks are in the midst of an annual Shared National Credit (SNC) review of their loan portfolios by the OCC, the Fed and the Federal Deposit Insurance Corp. This year’s findings are keenly awaited by lenders seeking more detail on exceptions to the guidelines that cover what banks underwrite and hold as well as distribute.

The OCC declined to comment, and the Fed was unavailable for immediate comment on its enforcement of leveraged lending guidance.

A senior Fed official warned banks in May that the central bank may have to take “stronger supervisory action” to ensure compliance with the guidance, a sign that the Fed wants to dispel the notion that it is lenient. There has been no let-up in highly leveraged loans that could breach the regulatory guidelines, which require banks to hold more reserves and possibly pay fines for some of the riskiest loans.

The 25 large U.S. leveraged loans backing private equity buyouts with debt of more than $500 million, according to second-quarter LPC data, nearly doubled the 13 done in the first quarter. Large second quarter deals include a $600 million loan to back the acquisition of reservation technology firm TravelClick by private equity firm Thoma Bravo and an $845 million buyout loan to back Warburg Pincus’s buyout of payment technology provider Electronic Funds Source.

Leverage levels on two-thirds of those large buyouts were also higher than the 6x debt to earnings that regulators categorize as “criticized” assets that could spark penalties. Debt-to-EBITDA averaged 6.39x on large second-quarter deals, LPC data shows, up from 6.24x in the first quarter. Leverage ratios are also climbing toward this decade’s peak of 6.47x, which was set in last year’s fourth quarter and was the highest since a pre-recession 7.05x in 2007.

Despite the guidelines, the easy access to capital enjoyed by ”junk” rated non-investment grade companies is unlikely to soon change, bankers and analysts agree. Banks are considering the fee-earning potential and relationships with private equity firms and companies being bought when determining which highly leveraged transactions to challenge the regulators on, bankers note.

“If the big banks walk away from more and more highly leveraged deals, it will certainly hit their fees, and this is a very significant source of fee revenue for the banks. The OCC really just started cracking down, and SNC reviews are still under way,” said Swan.

If highly regulated lenders are forced to withdraw further by regulators, plenty of other unregulated lenders are eager to fill the gaps, analysts and lenders said. Big underwriting banks are facing stiff competition from business development companies including BlackRock Kelso and Golub Capital, which are now lending more across the capital structure.

“There’s so much capital out there needing to be put to work, but it’s really a transition of the risk from regulated to non-regulated institutions,” Swan said.