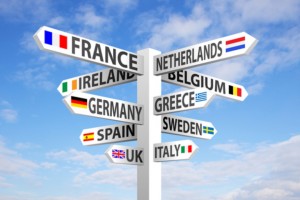 Cinven is readying a formal fundraising effort this fall for its sixth flagship fund, targeting about $5.5 billion with about half of the commitments expected to come from U.S. limited partners seeking access to European buyouts, according to two sources familiar with the firm.

Along with the fundraising effort, Cinven plans to continue beefing up its portfolio team, investor relations and finance functions at its New York office. The firm operates out of its London headquarters, with offices in Frankfurt, Hong Kong, Luxembourg, Madrid, Milan and Paris.

Cinven is keeping the target for its sixth fund about the same as it was for its previous fund. Its fifth fund, which closed in 2011, is now about three-quarters deployed with 13 platform deals and 36 total acquisitions, the sources said.

Among its recent acquisitions, Cinven in June bought German laboratory operator Synlab from BC Partners for up to $2 billion. Also over the summer, it acquired Labco in a deal that values the medical diagnostic laboratory company at about $1.4 billion. Synlab and Labco are being integrated into a single platform, with a possible new name for the combined businesses in the works.

Cinven’s fifth fund has already chalked up its first exit: the sale of Amdipharm Mercury Ltd (AMCo) to Concordia Healthcare for about $3.5 billion. Cinven will earn a return of about 5x on that deal, Buyouts previously reported.

Raised during the European currency crisis of 2011-12, Cinven’s fifth buyout fund has produced an IRR of about 27 percent, according to one of the sources. North American LPs provided about half of the fifth fund’s commitments, followed by U.K. investors, who chipped in about 20 percent. Latin American investors participated for the first time in Cinven’s fifth fund.

Cinven plans to continue its focus on European deals, although it may shop in the United States for add-on deals for its European platforms. Five of its portfolio companies have operations in the Americas.

Cinven targets companies in healthcare, financial services and telecommunications/media/technology. It is also interested in business services, consumer and industrial companies.

Action Item: Alexandra Hess, head of investor relations for Cinven, can be reached at Alexandra.Hess@cinven.com.

Chris Witkowsky contributed to this report