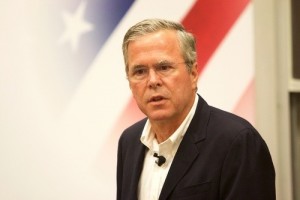 Some Bush backers are looking for another candidate after he put forth a tax plan that would eliminate the deduction for interest payments and hike the rate on carried interest.

Bush and his PAC, Right to Rise USA, have received significant support from the private equity executives, who had contributed upwards of $13 million as of late July, according to Buyouts’ analysis of Federal Elections Commission data. Significant PE donors and other sources who spoke with Buyouts said they believe Florida Senator Marco Rubio or Ohio Governor John Kasich are among the most viable alternatives to Bush in a Republican field dominated by outsiders like real estate developer and reality TV star Donald Trump and retired neurosurgeon Ben Carson.

Bush’s tax plan — released on September 8 — proposes many changes private equity executives would likely applaud, including chopping the corporate tax rate from 35 percent to 20 percent. But the plan also treats carried interest as regular income and eliminates the deductibility of interest payments, both of which are considered vital by the industry’s lobbying arm.

“Everything but the parts that affect the private equity business are good,” one of Bush’s major private equity donors told Buyouts. “I don’t understand why he or his team included these provisions.”

“When Bush started raising money early on, a lot of it was in New York, and a lot of it is in private equity,” another Republican source with close ties to PE donors told Buyouts after the plan was released. “A lot of the private equity community felt betrayed by Obama after 2008 … Jeb is essentially setting himself up to be the Republican version of Obama in 2016.”

Indeed, as many have pointed out, several aspects of Bush’s tax plan are similar to those proposed by President Barack Obama in 2012. Carried interest has long been singled out as a loophole by Democrats and populist leaders within the Republican party, most notably Trump.

Bush was widely considered to be an “establishment pick” for the Republican nomination, given his political and business backgrounds. He helped launch private equity firm Britton Hill Holdings after leaving office.

Bush’s PE supporters were “surprised” that carried interest and duductibility of interest payments were inlcuded in the tax plan, said another Bush donor who works in the industry. “That part of the plan lacked the economic sophistication you would normally associate with the governor and his advisors.”

The same source went on to say the industry’s complaints have been communicated to Bush’s campaign, and that Bush’s “people are certainly willing to listen,” though it’s unclear and unlikely he would walk back his tax plan.

Several lobbying groups representing the private equity industry and its interests, including the Association for Corporate Growth, Private Equity Growth Capital Council and Businesses United for Interest and Loan Deductibility Coalition, came out against the two elements of the Bush plan when it was released earlier this month.

The Bush campaign did not respond to requests for comment.

The specifics of Bush’s tax plan were particularly surprising given the nature of his base. Bush has struggled to find traction with Republican primary voters — most polls had him trailing Trump, the Republican frontrunner, by double-digits going into the second Republican debate on September 16.

Despite limited support from the Republican electorate, however, the Bush campaign and political action committees supporting the candidate collected roughly $120 million as of July 31, more than any other Republican candidate. The total includes $13.2 million from PE donors, according to Federal Elections Commission data.

Even so, Bush’s tax plan went after areas in the code that benefit private equity firms and their holdings. Carried interest would no longer be treated like a long-term capital gain, and could be subject to Bush’s highest income tax bracket of 28 percent.