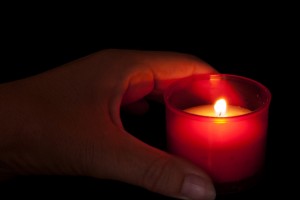 “You get up in the morning, you kiss your husband, and that’s all you see of him,” said Debbie Crump, her voice breaking. “What can I say? Half of me died the day he died.”

Debbie’s husband, Albert Crump, worked for Hussmann Corp for 37 years. On Sept. 6, 2014, Albert was pinned between a scrap table and a railing at the Clayton Dubilier & Rice portfolio company’s facility in Bridgeton, Missouri. Debbie arrived at the hospital shortly after Albert and held his hand as the doctors tried to revive him. He died in the hospital later that day.

The accident triggered a U.S. Department of Labor Occupational Safety and Health Administration (OSHA) investigation of Hussmann’s safety procedures, as well as the work conditions at the Bridgeton facility. On March 10, OSHA determined Hussmann had failed to secure the table that killed Crump and recommended the company pay as much as $272,000 in penalties for more than a dozen willful and serious violations of federal safety regulations.

Hussmann is formally contesting OSHA’s findings, a process that could take several months or longer, sources said. On March 24, Hussmann met with OSHA officials to discuss the citations and the agency’s overarching concerns with workplace safety at the company’s Bridgeton facility.

“Because Hussmann and OSHA were unable to reach agreement on disposition of the citations, the company notified OSHA that it would formally contest the alleged violations cited,” according to a company statement provided to Buyouts by CD&R. St. Louis law firm McMahon Berger represents Hussmann in the matter

“The entire Hussmann community mourned the loss of Albert Crump in a workplace-related accident,” the statement said. “Hussmann regularly reviews its safety protocols, procedures and policies to ensure their effectiveness and is committed to maintaining the highest level of ongoing employee safety training.”

Founded in 1906 by Harry Hussmann, the eponymous refrigeration company became a fixture of the Missouri business community over the next century. Annual sales reportedly surpassed $1 billion in 2011, the same year CD&R acquired the company. By then, Hussmann’s reach extended well beyond the St. Louis area, with manufacturing facilities in New York, Illinois and California, as well as operations in Canada, Mexico, Europe and China.

“We’ve made a conscious decision to overfund R&D, product development and human resources development on a sustained basis,” Gipson told the newspaper. “We’re looking to raise the bar on innovation by upping our investment in R&D and our people resources through hiring and training.”

CD&R’s input included an emphasis on safety, sources close to the company said.

Hussmann held twice-monthly safety committee meetings that included representatives from company management and the employees’ union, United Steelworkers. There was also a monthly, internal safety audit “to uncover issues that need to be addressed or would like to be addressed,” one source said.

Those measures were successful, according to the company’s internal metrics. OSHA-defined injuries declined by 93 percent between 2002 and 2014, and the number of employee days and hours lost to injury fell to a fraction of the industrial refrigeration industry’s average, sources said.

Furthermore, OSHA issued Hussmann’s Bridgeton facility a clean bill of health in at least three partial inspections between 2010 and Sept. 6, 2014, according to OSHA records and company sources. All three were in response to employee complaints.

“There were no issues found,” said a source close to the company. ”I think that’s a testament to Hussmann’s efforts to improve upon its safety training and procedures. I think that speaks volumes.”

However, OSHA’s three previous inspections were not comprehensive, and although they did not result in citations, “this time they did,” said OSHA spokesman Scott Allen. “It’s the company’s responsibility, the employer’s responsibility, to make sure they’re in compliance.”

The severity of the recent citations – OSHA recommended the maximum penalty of $70,000 on three of the violations – may be due to the company’s overall track record, Allen said.

He added that OSHA has cited other Hussmann facilities for 11 violations and $14,585 in penalties since late 2011.

“This isn’t just facility-wide, this is company-wide,” Allen said. “It’s a company’s responsibility, not just (at) a specific location, to follow those standards.”

Also, while company sources say the audits and committee meetings promoted a safe workplace, it is not clear if those practices ever uncovered issues around Hussmann’s so-called “lockout/tagout” procedures, which keep machines from moving or powering up when they are not supposed to. Lockout/tagout lies at the heart of OSHA’s citations, which held the company responsible for the moving scrap table that killed Crump.

“This tragic loss could have been prevented,” Bill McDonald, OSHA’s area director in St. Louis, said in a statement. “OSHA inspectors found workers at risk of life-threatening hazards because Hussmann Corp failed to train its workforce to prevent unintentional operation of dangerous machinery. This company needs to fix safety procedure deficiencies, so no other family is forced to suffer.”

Wayne Ranick, a spokesman for United Steelworkers, said that some of OSHA’s citations spoke to long-standing issues that the union wants addressed. “The lockout/tagout violations were of particular concern to us,” Ranick said in an email. “The program did not seem to be in very good shape from the administration down through the training. It did not appear to be confined to this particular machine.”

Debbie Crump, who also is a Hussmann employee, said she was not surprised by OSHA’s findings, adding that her husband said the company and its employees did not always follow proper safety procedures.

“The machine he was working on is one of the machines listed in the (OSHA) report,” she said. “How can he follow proper safety procedures when you don’t have procedures in place?”

It is not clear if the Crump family will pursue a lawsuit against Hussmann. Debbie Crump declined to speak about any possible legal action, referring all questions of that nature to her attorney, Jim O’Leary of Onder, Shelton, O’Leary & Peterson LLC. O’Leary did not respond to requests for comment.

If the Crump family sues and the suit results in significant penalties against Hussmann, investors in CD&R’s eighth fund would probably not be exposed to the lawsuit, LP sources told Buyouts.

“We’re limited partners specifically to not undergo liabilities like that,” said one CD&R LP, who said exposure would be limited to Hussmann’s performance. “Having said all that, there is usually some type of coverage for the general partner on the legal costs. If a lawsuit is filed, that may be picked up by the fund.”

Potential LP exposure would also depend on Fund VIII’s insurance, and the quality of the company’s insurance, sources said.

Fund VIII netted a 28.1 percent internal rate of return from inception to June 30, 2014, according to the New Mexico Educational Retirement Board.

“It’ll be interesting to see how that ends up playing out,” said another LP. “It’s one of the risks of owning companies. Something could go wrong.”

On the morning of Al Crump’s funeral, Hussmann shut down its Bridgeton facility so employees could attend the service. Crump worked for the company for the better part of four decades, and many of the condolences on his online memorial page include some variation of, “I worked with Al for many years.”

“That was very nice of Hussmann to do that, but, you know, when a tragedy like this happens, you look for answers,” Debbie Crump said. “You have questions, and unfortunately they don’t get answered. If anything good could come out of this tragedy – that Albert and I would both want – is for it to be safer, for this not to happen to another family.”