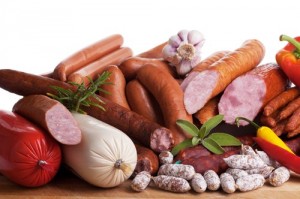 Canadian pension fund manager the Caisse de dépôt et placement du Québec has invested around C$15 million of equity in Colabor Group Inc., a meat processor and distributor based in Boucherville,Québec. The investment was made by the Caisse in support of Colabor’s expansion plans, which include the company’s acquisition of all of the assets of T. Lauzon Ltd., a meat, poultry, fish, deli and grocery product wholesaler based in Montréal. The acquisition was priced at approximately C$15 million.

Colabor Group Inc. (TSX:GCL) (“Colabor” or the “Company”) today announced the signature of an agreement to purchase substantially all of the assets of T. Lauzon Ltd (“T. Lauzon”) and certain inventory of a related entity to T. Lauzon for a total consideration of approximately $15 million (the “Acquisition”).

T. Lauzon is an important distributor of Cargill beef brands as Angus Pride, Sterling Silver, producing and processing high quality protein products throughout the provinces of Québec and Ontario. As a well-known and established distributor in Québec, it holds a reputation for excellent products and experienced, skilled employees providing effective and flexible service to the restaurant and hotel industries from a recently renovated 68,000 square feet federally approved plant located in Montreal. Colabor will continue to operate from these premises which will be leased.

“The strategic acquisition of T. Lauzon positions Colabor as a leader in protein products in Québec and provides a strong platform to increase our presence in Ontario. The acquisition is complementary and synergistic to Viandes Décarie’s business and will improve Colabor’s “centre-of-the-plate” product offering” said Claude Gariépy, President and Chief Executive Officer of Colabor.

The Acquisition is subject to customary closing conditions for a transaction of this nature, including all required regulatory approvals, and is expected to close on or about March 4, 2013.

Colabor has entered into an agreement with the Caisse de dépôt et placement du Québec (the “Caisse”) pursuant to which the Caisse has agreed to purchase, by way of a private placement, 1,987,000 common shares of Colabor (the “Shares”) at a price of $7.55 per Share for gross proceeds of approximately $15 million (the “Private Placement”).

The Company has also entered into an agreement with National Bank Financial Inc. (“NBF”) to issue, on a bought deal private placement basis (the “Offering”), 1,987,000 Shares of Colabor on the same terms as the Private Placement for gross proceeds of approximately $15 million.

Colabor intends to use the net proceeds of the Private Placement and the Offering to finance the Acquisition, to reduce its indebtedness and for general corporate purposes.

“The proceeds from the Private Placement and the Offering will finance the acquisition of T. Lauzon and give the Company additional financial flexibility for the execution of its action plan to optimize operating efficiencies while reducing our indebtedness under our credit facilities,” said Michel Loignon, Vice-President and Chief Financial Officer of Colabor.

“Colabor’s expansion is notable for a series of acquisitions it has made over the last few years,” said Normand Provost, Executive Vice-President, Private Equity at the Caisse. “By collaborating in the financing of Colabor, the Caisse is taking part in the growth of a Québec company that plays a major role in its industry.”

The Offering will be sold on a private placement basis pursuant to “accredited investor” exemptions under National Instrument 45-106 and certain other available and agreed upon exemptions. Shares issued under the Private Placement and the Offering will be subject to a four-month hold period following closing.

Additional information can be found in the information documents filed by the Colabor Group Inc. with securities regulators, at www.sedar.com.